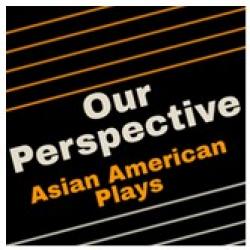 The running time is 60 minutes with no intermission. Fragmented will be available to watch online for FREE via Vimeo Monday, Nov. 16 with the link shared at Our-Perspective.com and Facebook (Facebook.com/ourperspectivechicago) until midnight CST. Starting, Tuesday, Nov. 17, the video may be accessed by purchasing online with a donation through Our-Perspective.com through midnight Thursday, Nov. 26. The suggested ticket donation is $15, minimum of $5.

Fragmented tells the story of K, a hapa (half Asian) girl growing up in Idaho who is following the rules of her conservative community: marriage, house, planning for kids. But her desire to be an actor burns in her heart, against her husband’s wishes. She decides to leave her hometown and her toxic marriage and moves to Hawaii to get her masters in performance. After that, her entire life changes as she seeks to find out her true identity. Told in a series of explosive vignettes, Fragmented, presented as a full production, explores family, politics, and the challenges and joys of being multicultural in America. 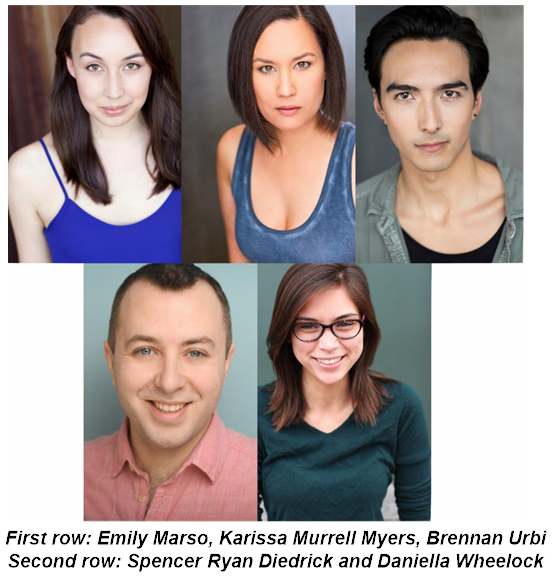 Karissa Murrell Myers is a producer and director with Our Perspective: Asian American Plays and a multidisciplinary theatre artist based out of Chicago. Her professional acting theatre credits include: Top Girls (Remy Bumppo); Pinocchio and Borealis (House Theatre of Chicago); Top Girls (Renaissance Theaterworks); Gloria and King of the Yees (Goodman Theatre, U/S); Othello (Invictus Theatre); The Holidays Unwrapped (Erasing the Distance); Farewell My Friend ((re)discover theatre) and Tea (Prologue Theatre Company). Murrell Myers’ television credits include “Chicago Med,” “Chicago PD,” “Electric Dreams” and “The Exorcist.” She has her MFA in Performance from the University of Hawaii at Manoa, BA in Acting and Directing from Boise State University and is a graduate of The School of Steppenwolf. She is also Strawdog Theatre Company’s casting director and a proud member of SAG-AFTRA.

Brennan Urbi is thrilled to help share this incredible story. Previously Brennan has worked on Peter and the Starcatcher (Big Noise); The Rover, Two Gentlewomen (Lakeside Shakespeare); Baby with the Bathwater (Eclipse Theatre); Walk Across America…, Animal Farm, A Touch of Madness, and Urinetown (CCPA); My Dear Boy (Pride Films and Plays); Gruff, Bunnicula, On Golden Pond (Old Creamery); Urbi is one semester from receiving a BFA in Acting, from the Chicago College of Performing Arts.

Daniella Wheelock is a Chicago-based theatremaker, originally from San Diego, California. She graduated magna cum laude from the Conservatory for Theatre Arts at Webster University with a degree in Directing and was an Emerging Professional Resident at Milwaukee Repertory Theatre. She is on the DirectorsLabChicago Steering Committee and is the founder of the Open Concept, a theatre collective in Chicago committed to fostering community. Recent credits include: The Roommate (Cardinal Stage); Every Christmas Story Ever Told (Quincy Community Theatre); The Great Leap (assistant to dir. Jesca Prudencio, Steppenwolf Theatre Company); The Process (The Barrens Theatre Co.); Fifty Shades of Shakespeare ((re)discover theatre).

ABOUT “OUR PERSPECTIVE: ASIAN AMERICAN PLAYS”

“Our Perspective: Asian American Plays” is a Chicago based arts group that offers grants to local Asian American Pacific Island playwrights to develop one body of work. Originally a play reading series, “Our Perspective” now provides Playwright Residencies that include free rehearsal space; stipends for the playwright, director and actors; and one workshop production or staged reading at Chicago’s top theaters, or online.

“Our Perspective” is the first theatre series of its kind in the Midwest and the only AAPI theatre group to receive a DCASE grant from the City of Chicago as part of their Year of Theatre.

The AA Arts Incubator Program of Asian Improv Arts Midwest (AIRMW) is pleased to announce that its historic series “Our Perspective: Asian American Plays” continues in 2020 with Fragmented, written by Karissa Murrell Myers, directed by Spencer Ryan Diedrick and assistant directed by Daniella Wheelock, Monday, November 16. The running time is 60 minutes with no intermission. Fragmented will be available to watch online for free via Monday, Nov. 16 with the link shared at Our-Perspective.com. and Facebook (Facebook.com/ourperspectivechicago) until midnight CST. Starting, Tuesday, Nov. 16, the video may be accessed by purchasing an online ticket through Our-Perspective.com through midnight Thursday, Nov. 26. The suggested ticket donation is $15, minimum of $5.

“Our Perspective: Asian American Plays” is an Arts Initiatives Program of Asian Improv aRts Midwest and is a proud recipient of a DCASE grant.