Parents and Community Members Agree: Gary Schools Are on The Right Track 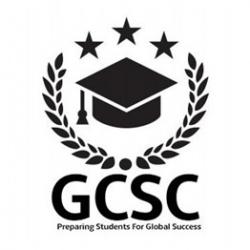 The Gary Community School Corporation (GCSC) administered a parent survey and a community survey in June 2020 and again in January 2021. In the latest round of results, there were more than 200 respondents. Of that number, 46% of community members agreed or strongly agreed that “the Gary Community School Corporation is on the right track,” a 92 percent increase from June. An even higher percentage of parents – 48% – felt the same way.

“We’re pleased to see the growing confidence in our schools from parents and community members,” said GCSC Manager Dr. Paige McNulty. “Our teachers and staff are working hard to help students grow, and the community’s confidence is warranted. At the same time, we’re keenly aware of how much more work we still need to do.”

Community members also registered their increasing confidence in MGT, the organization selected to manage GCSC until local oversight is restored. In January, 32% of community members said they agreed or strongly agreed that MGT will “do the right thing for Gary students,” which is up from 13% in June.

Community members also expressed greater awareness “of the plan to improve schools within the Gary Community School Corporation .” In January, 63% of those surveyed said they agreed or strongly agreed, up from 47% in June. This increase is likely tied to the August release and early implementation of The Path Forward, GCSC’s bold two-year plan for continuing to improve academics, engagement, fiscal matters, and operations in the district. Notably, the district also pledged to publicly release progress reports every three months so the community can see what gains its schools are making. The first progress report was released in December 2020.

“As a parent myself, I don’t expect miracles, but I do expect schools to have a plan and to make progress. Districts should be held accountable for their performance, and that’s what we’re offering Gary parents and guardians,” said McNulty. “With enrollment in our schools increasing for the first time in more than 10 years, families are responding.”

Understandably, the percentage of parents who “regularly see representatives from the Gary Community School Corporation schools in the community and at events” represented the biggest drop. In June, 31% of parents agreed or strongly agreed, and in January – after months of the pandemic forcing school officials to limit public contact – 25% said the same. That can be somewhat attributed to the impact of the coronavirus and the associated restrictions on public meetings and forums.

Overall, the parent and community member survey results reflect a period of dramatic progress for the students and families served by GCSC.

In November, voters approved an operating referendum for the schools with more than 60% of the vote, leading to more funding for student support as well as the first raise for teachers in more than 10 years.

In October, GCSC began overhauling the track at West Side Leadership Academy, one of many facilities improvements that are part of the $25 million School Improvement Fund. That month, GCSC also announced that its Average Daily Membership increased for the first time in more than 10 years.

In addition, since the June parent and community member surveys were administered, GCSC has adopted local preference policies for hiring and purchasing and distributed a Chromebook with internet access to every student K-12.

“We continue to tackle our challenges, and we’re working through them as quickly as possible,” McNulty said. “The future of our children depends on our consistent efforts to improve, and these results show that's exactly we're doing.”

McNulty indicated that the District expects the number of survey participants to increase as the school community understands that requests for feedback will be consistent. Further, there will be more opportunities to connect with parents and community members to distribute the surveys in-person post-pandemic.

Your Brand, Your Body Officially Launches

SmoothChicago presents Your Own Private Concert with Kirk Whalum