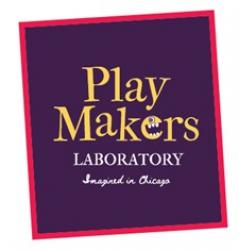 Now in its 20th year, That’s Weird, Grandma features adaptations of stories written during PlayMakers Laboratory’s creative writing residencies in Chicago elementary schools. PML’s ensemble of professional actors, comedians and musicians bring the young authors’ stories to life as raucous sketches, songs and movement pieces, performing first for students in their schools and then for the public. These stories – from hilarious dialogues between unlikely characters to poignant pleas for social change – resonate with adults while celebrating the imaginations of young people.

That’s Weird, Grandma: House Par-Tay includes stories from PML’s “Submit Your Story Challenge,” which encourages students from across the nation to submit stories from home during the COVID-19 pandemic. For more information, visit playmakerslab.org/education.

Kaylyn Carter is an actor and teaching artist based in Chicago, IL, and Asheville, NC. She received her BA in Theatre from the School of Theatre at Florida State University. In addition to Playmakers Laboratory Theatre, Kaylyn has been a teaching artist with Northlight Theatre. As a performer, Kaylyn is a company member with Playmakers Laboratory Theatre and a frequent collaborator with Hot Kitchen Collective. Her work has been seen on the stages of Steppenwolf, The Hideout, Rhino Fest, Salonathon and High Concept Labs.

Cedar Larson is the Producer and Company Manager for Playmakers Laboratory and has been a Company Member since 2016. She is an alumni of North Park University and is an Ensemble Member with The New Colony and a technician with The Neo-Futurists. She has worked all around Chicago in various positions with companies such as Shattered Globe, Governors State University, North Park University, WildClaw Theatre, The House Theatre, TimeLine Theatre, Adventure Stage Chicago and Filament Theatre.