Casting will be announced shortly. Tickets are currently available at raventheatre.com or by calling (773) 338-2177. The press opening is Friday, December 6 at 7:30 pm.

December, 1983. Five volunteers have come together to answer calls for a hotline created to help fellow Chicagoans cope with the holiday blues. But with a record-breaking cold front sweeping across Chicago, these good samaritans are forced to hunker down for a long night together. When an unexpected visitor bursts through the doors, everyone must work to embody the season’s most valuable lessons and transform their humble hotline into a home for the holidays.

Comments writer/director Eli Newell, “Culturally speaking, the holidays are a time of joy. But, for many, they can be really difficult. For me, this reality of contrasting holiday experiences has inspired conversation, humor and complication around this idea that ‘it’s better to give than to receive.’ It takes a lot of courage to ask for help, especially during a season of giving. I’m excited to present this little world of a hotline in 1983 Chicago, which is very much a character unto itself, and to expand that world into something broader, funnier and more adventurous than it might seem on first glance. And I'm thrilled to partner with Raven Theatre to bring a different sort of holiday play to the Edgewater community.”

Cast: to be announced. 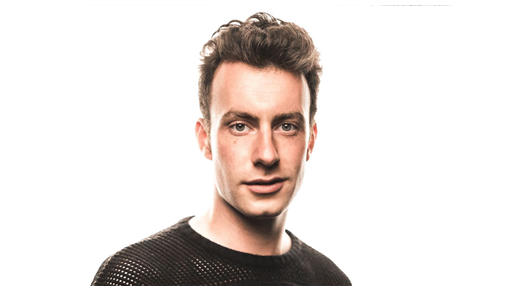 Eli Newell is a Chicago-based director and playwright from Saint Paul, Minnesota. He returns to Raven Theatre after directing several readings, and assistant directing productions of The Gentleman Caller and The Undeniable Sound of Right Now. Last fall, Newell co-directed the world premiere Masque Macabre at Strawdog Theatre Company. He has been grateful to assist on Chicago productions at Goodman Theatre, Chicago Shakespeare Theater, Northlight Theatre, Windy City Playhouse, Emerald City Theatre, Haven Theatre and Strawdog Theatre Company. His Minneapolis credits include: Ordway Center for the Performing Arts, Children’s Theatre Company and the Playwrights’ Center. Newell has served as the assistant to Pulitzer Prize-winning playwright Doug Wright, as well as an artistic intern for the Guthrie Theater. He holds a B.A. from Northwestern University.

Raven Theatre tells stories of today and the past that connect us to our cultural landscape. Through its plays as well as its educational programming, Raven is committed to serving our communities’ needs through the arts.

Raven Theatre Company is funded in part by the The MacArthur Fund for Arts and Culture at Prince, Polk Bros Foundation, S&C Electric Company Fund, The Gaylord and Dorothy Donnelley Foundation and the Illinois Arts Council, a state agency.