We are proud to be one of the founding organizations of this first-ever national alliance devoted to MENA artists and stories in the American theater. The alliance's mission statement reads as follows: “MENA Theater Makers Alliance amplifies the voices of Middle Eastern and North African theater makers and expands how stories from and about MENA communities are told on U.S. stages. We will take space, make opportunities, champion artists, and build relationships with other marginalized communities and allies to create a more vibrant American theater.”

A press release was sent out yesterday (Wednesday, July 15, 2020), formally announcing MENATMA's launch. Below are excerpts from the press release and a link to the entire text.

The launch of MENATMA marks the next step in the tireless efforts in community building, artistic development, and cultural production led by MENA artists and organizations for more than two decades. Along with a push towards more inclusion, MENATMA also highlights the excellence and aesthetic diversity of artistic work from MENA communities and their essential place in American theater. MENATMA’s efforts intentionally build on the long-standing work of Black, Indigenous, Asian, and Latinx communities to redefine and reframe the white supremacist lens of American theater.

“We stand on the shoulders of so many who came before us, to continue the work of building an American theater that is reflective of this nation’s rich diversity,” said Torange Yeghiazarian, Founding Artistic Director of San Francisco’s Golden Thread Productions, which was the first American theater company in the nation devoted to the Middle East. “How exciting to launch our national alliance in this moment of unprecedented change and massive calls for racial justice and social equity.”

“We’ve gone from genies in a bottle and dancing harem girls to maniacal terrorists and raving misogynists. Not exactly a great track record on representation. Why? Because ‘representation’ was created without us and never for us, and oftentimes against us,” said Jamil Khoury, Co-Founder and Co-Executive Artistic Director of Chicago’s Silk Road Rising. “MENATMA is about claiming the mantle of representation. It’s about MENA theater artists telling our own stories and defining our own art-making.”

Theatre Communication Group’s Director of Artistic and International Programs, Emilya Cachapero, adds: “I’ve had the great pleasure of witnessing the evolution of MENATMA through formal convenings and informal community conversations. The contributions of vibrant MENA artists to the larger theater ecology should be more widely known, cherished, and supported, and I’m certain that MENATMA will be instrumental in accomplishing this.”

MENATMA defines the Middle East and North Africa broadly and inclusively in order to embrace the multiplicity of ethnic and religious identities that span Southwest Asia, North Africa, Central Asia, the Caucasus, parts of Mediterranean Europe, and Diaspora communities. Theater is also defined broadly and inclusively, welcoming artists of all disciplines and practices from traditional to contemporary, as well as all professionals that support the development and production of theater. MENATMA is committed to the inclusion of people of all races, ages, abilities, sexual orientations, genders, gender identities, socioeconomic statuses, citizenship statuses, and religions. MENATMA is also committed to anti-racist, decolonizing practices. 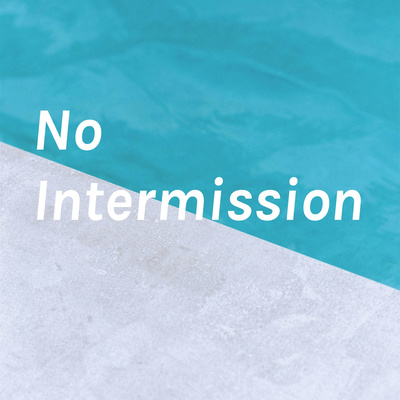 Listen to Jamil Khoury on
No Intermission

Silk Road Rising Co-Founder and Co-Executive Artistic Director Jamil Khoury had the pleasure of being interviewed by Marissa Ferrara for her new podcast, No Intermission. This podcast is dedicated to interviewing the artists who run Chicago theatres to hear about their history and recent work. In addition, we learn about how theatres are adapting to the challenges of COVID-19. Click here to listen to the episode featuring Jamil.