"Something Rotten" - Review by Carol Moore 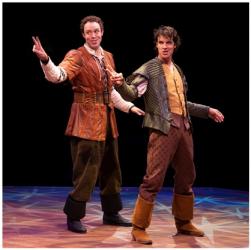 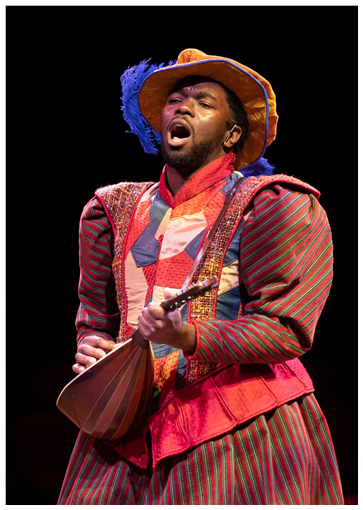 So…did Shakespeare really write all those words – or did he ‘borrow’ from Nigel Bottom?  If you believe Nigel’s brother, Nick (and you shouldn’t), Shakespeare, the rock god of Elizabethan England, never had an original idea in his life.

A Minstrel (Jonathan Butler-Duplessis) and the company open the show with a big production number called “Welcome to the Renaissance”, which is, of course, about 200 years out of date.  The number reminded me a bit of the fish-slapping opener in “Spamalot”.  Wrong place, wrong time, who cares?

Snarky Nick Bottom (KJ Hippensteel), and his brother, Nigel (Alex Goodrich), are rehearsing their play about Richard II while the premiere of their nemesis’s new play, “Romeo and Juliet” is underway.  By the way, whenever Shakespeare (Adam Jacobs), 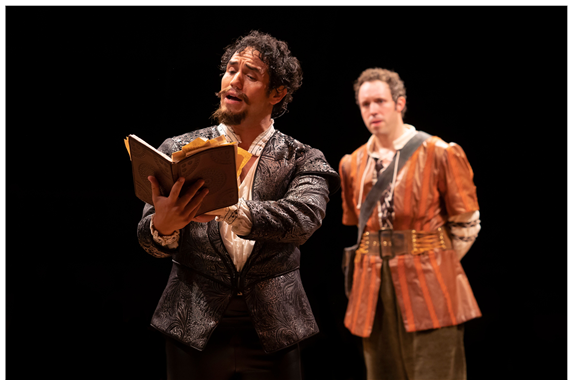 When Shakespeare announces his Richard II, Nick is outraged, singing “I Hate Shakespeare”.  By the way, Shakespeare has a habit of offering to ‘help’ Nigel with his words, which somehow appear in Shakespeare’s latest play. 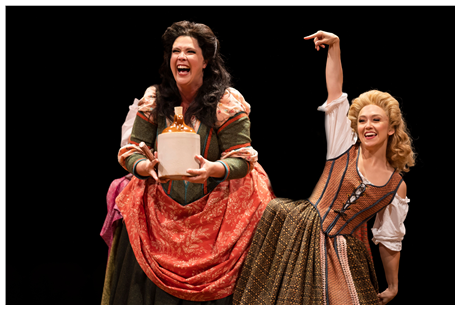 Because they’re running out of money, Nick’s wife Bea (Cassie Slater) offers to get a job.  When Nick protests, she tells him to get over himself, it’s the ‘90s.  There’s a woman on the throne, and we’ll all be equal by 1600!  She periodically pops up doing some horrible job or other – the funniest, shoveling manure! 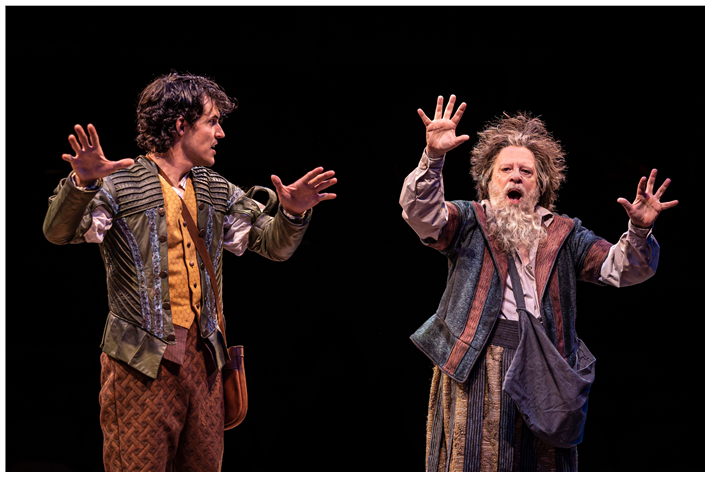 Nick hires a soothsayer, Nostradamus (Ross Lehman - in a part that could have written for him), a nephew of the famous guy, to help him figure out the next big thing in theater.  Nostradamus predicts that it something called a musical, a play where actors inexplicably start singing – followed by a production number, “A Musical”, which even introduces tap dancing. 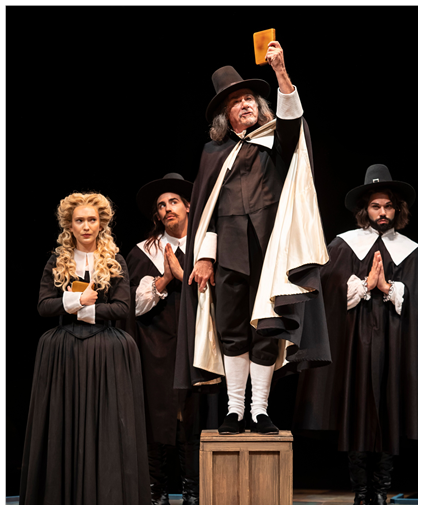 While the Bottom brothers are trying to write that musical, Nigel meets the girl of his dreams, Portia (Rebecca Hurd), daughter of the swishy Puritan leader, Brother Jeremiah (Gene Weygandt).

By the way, when Shakespeare happens on Nigel and Portia, he takes note of her name!  He also warns the brothers not to cross him in a terrific song called “Will Power”.

Nick goes back to Nostradamus to find out about the best play ever written.  In his visions, the soothsayer sees something to do with breakfast.  Ham …, no, it’s om … om… omelet, he says.  He goes on to say he saw a prince whose father is dead, eating a Danish.  You can imagine where that goes!

Meanwhile, Shylock (Steven Strafford), has been bugging Nick to let him produce the next play, but it’s against the law for Jews.  When Shakespeare makes fun of their new musical, Nick makes a deal with Shylock.  The featured production number of their new musical, “Make an Omelette”, features dancing eggs which sneakily become dancing omelets. 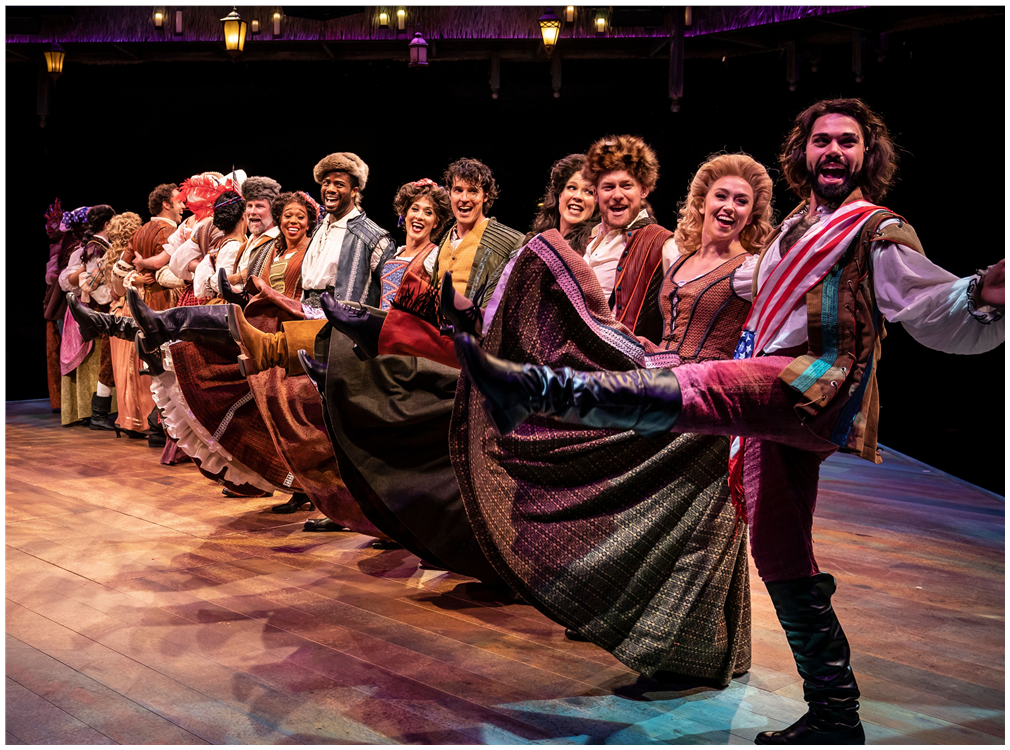 Listen carefully, you won’t want to miss any of the famous musical melodies and/or quotes.  “Something Rotten” is one of those shows you’ll want to see again and again because you’re positive you missed things because people were laughing!