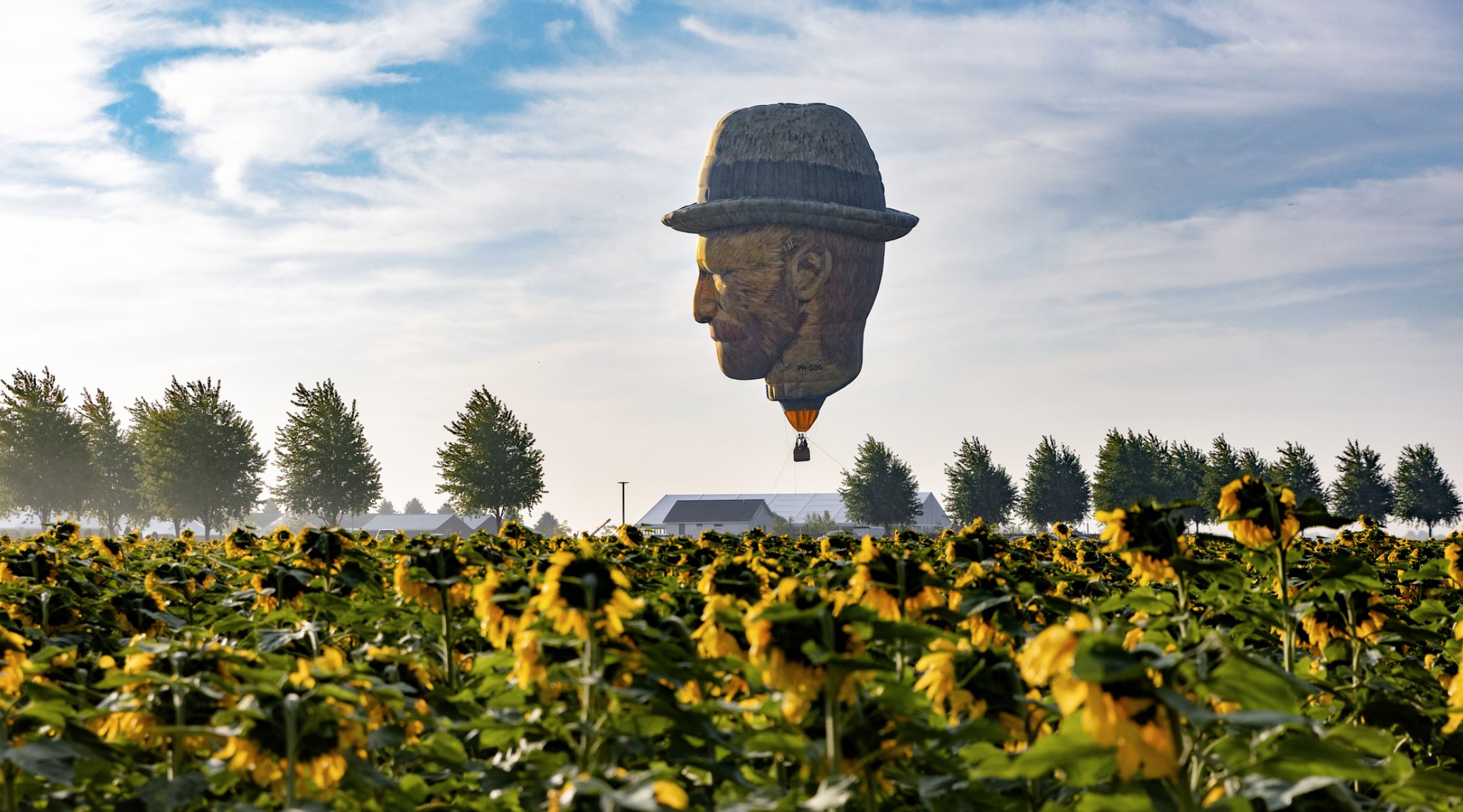 View the spectacular footage of the balloon over the sunflowers at the link below:

Van Gogh’s unmistakable likeness was inflated on the farm grounds from7 a.m. to 9:30 a.m. for a planned tethered flight.

“Vincent’s flight over Toronto delighted locals as well as social media users across North America,” said Corey Ross, co-producer of Immersive Van Gogh. “Now he has taken his first flight in the U.S., and we have plans to bring him to Minneapolis and New York to highlight our exhibits in those cities.”

Goebbert’s Farm, located off of the Route 47 exit on I-90, is a family-oriented destination offering seasonal attractions like vegetable picking, gardening classes, pig races and even a giraffe barn. The farm grounds house a vast sunflower field that made it a fitting location for a Van Gogh hot air balloon, as the post-Impressionist painter was particularly fond of these towering flowers.

Manning the basket was veteran hot air balloon pilot Bennett Schwontkowski of Midwest Balloon Adventures, who has flown in over 40 states since 1974. As a commercially licensed pilot, he has logged over 3,200 flights, including at the Kentucky Derby Festival and the 1988 Calgary Winter Olympics.

Tickets to Immersive Van Gogh are currently on sale through February 6th.  Prices start at $39.99 for adults ($24.99 for children 16 or younger) with untimed and flexible ticket options available. The venue is easily accessible by public transportation and has ample parking in the nearby James House parking garage. For more information about Immersive Van Gogh, visit www.vangoghchicago.com.