STUDY THE ART OF PUPPETRY 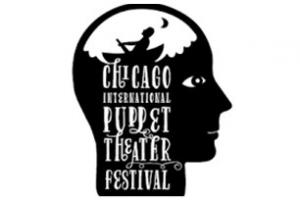 Actors, artists and craftsmen, interested in expanding your skill set?  Learn the art of puppetry with live, online workshops from the Chicago International Puppet Theater Festival.

Registration is now open for three live, online workshops, each a virtual introduction to a different form of the art taught by Chicago’s top professional puppeteers.

﻿The third is Playing with Crankies: Explorations in Shadows and Scrolling Panoramas led by Myra Su, November 14-21.

The Festival’s live online workshops are for adults, ideally with some performance and/or builder’s experience, who are interested in honing their craft or learning a new one. Students will gain new skills through a combination of live zoom instruction, individual work, performance coaching, and group presentation. Participants will use found objects and materials from their homes to create their own original works, while veteran Chicago puppet theater artists will help guide them from conception, to construction, to a live presentation.

Cost per week is $185 for five, two-hour sessions. One third of all registrations offer scholarships prioritizing BIPOC artists.Learn more and register now at chicagopuppetfest.org.

More about the classes

“First of all I think of puppets as sculpture. They are sculpture that moves. You could label it any way you want, but for me it always starts in my mind as a sculpture.” – Artist Wayne White

﻿A Miniature Universe: Intro to the Toy Theater

The power of object theater is brought to life in the miniature proscenium frame of the toy theater in this introductory workshop. Festival Director Blair Thomas leads participants in this hands-on Zoom workshop through conception, fabrication and performance of a short tabletop size cardboard-constructed toy theater. Capturing the tradition of the itinerate puppeteer, the end result will be a short toy theater performance. The workshop culminates in a sharing of work by participants.

Tom Lee, co-director of Chicago Puppet Studio and puppeteer from War Horse and Madama Butterfly, introduces a shadow puppetry workshop for the age of social distancing. This Zoom based workshop will take you through a process to create a shadow theater in your home using commonly available recyclables and simple tools. Building a theater, creating shadow figures and simple mechanisms, light sources and techniques, and puppetry performance with silhouettes will all be covered. The workshop culminates in a sharing of work by participants.

Playing with Crankies: Explorations in Shadows and Scrolling Panoramas

Myra Su is a multimedia artist who works with shadow puppetry, video, and crankies (i.e. scrolling panoramas). This workshop serves as an introduction to the crankie from a performative approach. Participants will learn basic construction tips and tricks as well as a cinematic framework to help storyboard and choreograph a crankie piece. We will also touch upon other performative elements that work well with crankies, like shadow puppets and acting in silhouette. The workshop culminates in a sharing of work by the participants.

To date, the festival has presented three multi-week, citywide festivals in 2015, 2017 and 2019. Chicago’s puppet festival has quickly grown to be the largest of its kind in North America, attracting as many as 14,000 audience members biannually to dozens of Chicago venues large and small to enjoy an entertaining and eclectic array of puppet styles from around the world.

Born in Seoul, Korea and raised in Mililani, Hawai’i, Tom Lee is a director, designer and puppet artist based in New York and Chicago. he began his career at La MaMa Experimental Theater in New York and, later, the St. Ann’s Warehouse Puppet Lab. His original puppet theater work includes Shank’s Mare (La MaMa, Japan Tour), Hoplite Diary (St. Ann’s, La MaMa), Punch of the Dead (St. Ann’s Puppet Lab), Odysseus and Ajax (La MaMa) and Ko’olau (La MaMa/Hawai’i tour). Lee has directed and designed puppetry for Giants Are Small with the New York Philharmonic, the Prototype Festival production of The Scarlet Ibis by Stefan Weisman and David Cote and for the National Asian American Theatre Company, among others. He collaborated with director Stephen Earnhart on a multimedia staging of Haruki Murakami’s The Wind Up Bird Chronicle, featured at the Edinburgh International Festival in 2011 and the Singapore Arts Festival in 2012. Lee has performed extensively with other companies in New York, including War Horse at Lincoln Center Theater with puppetry by the Handspring Puppet Company of South Africa. He is a principal puppeteer of Cio-Cio-san’s child in the late Anthony Minghella’s production of Madama Butterfly at the Metropolitan Opera with puppetry by Blind Summit Theatre. In 2005, supported by the NEA/TCG Career Development Program for Designers, Lee spent two months studying with Koryu Nishikawa V, headmaster of Hachioji Kuruma Ningyo (cart puppet theatre company), which led to their collaboration on Shank’s Mare. His work has received support from The Jim Henson Foundation, The Japan Foundation NY, The TCG/Andrew W. Mellon In the Lab Program, The TCG/ITI Travel Grant Program, The Trust for Mutual Understanding, The Pennsylvania Council for the Arts, The NYC Department of Cultural Affairs, Japan Foundation, Asian Cultural Council, The Puppet Lab at St. Ann’s Warehouse and artist residences at High Concept Labs at Mana Contemporary Chicago, Sarah Lawrence College, The Rhodophi International Theater Laboratory (Bulgaria), The Ringling Museum of Art, The Jim Henson Carriage House and Hachioji Kuruma Ningyo. He was a guest faculty member at Sarah Lawrence College for ten years and co-director of the St. Ann’s Puppet Lab from 2009-2011.

A Miniature Universe: Intro to the Toy Theater

Blair Thomas, Founder and Artistic Director of the Chicago International Puppet Theater Festival, has vigorously contributed to the Chicago theater scene as an actor, director, puppeteer, designer, and teacher for three decades, first as co-founder and Artistic Director of Redmoon Theater from 1989-1998, next with his own company, Blair Thomas & Co., launched in 2002, followed by the formation of the Chicago International Puppet Theater Festival in 2014. All this has contributed to his status as “Chicago’s unofficial puppeteer-general” (TimeOut Chicago). Recent projects include creating puppets for Lookingglass Theatre’s world premieres of The Steadfast Tin Soldier and Mr. and Mrs. Pennyworth and the dragon for Lyric Opera’s production of The Magic Flute. He has twice earned the highest international honor for creators of original work in the medium, the UNIMA Excellence in Puppetry Award (2001, 2004), and received the 2015 Leadership Award from Puppeteers of America for starting the Chicago International Puppet Theater Festival. Other awards include the Illinois Arts Council Fellowship Award (2001, 2004), the After Dark Award (2002), and a number of Joseph Jefferson Citations. He is currently on faculty at the School of the Art Institute of Chicago, has taught at the University of Chicago, University of Illinois at Chicago, Columbia College Chicago, and held the first-ever Jim Henson Artist-in-Residence position at the University of Maryland. He is the current President of the UNIMA-USA Board of Directors, representing the American chapter of the oldest international theater arts organization in the world. He also serves on the Board of Directors of The Henson Foundation, and represents North America as a delegate on the eight-member International Festivals Commission of UNIMA (Union International de la Marionette Association).

Playing with Crankies: Explorations in Shadows and Scrolling Panoramas November 14-21

Myra Su is a storyteller, puppeteer, and puppet maker. Based in Chicago, Su has been an active member in the puppetry community since 2013. Her primary medium is shadow puppetry but her work also includes experimentations with bunraku, crankies, video, and taxidermy. Her work has also expanded to collaborations outside of theater, with indie bands and musicians. In addition to her independent work, she is currently a touring performer with Manual Cinema, with performances worldwide. She is also a co-curator for a quarterly puppet slam in Chicago, Nasty, Brutish & Short. In the past, she has done work for other puppetry/spectacle companies such as Redmoon and Blair Thomas & Co. Growing up in-between the United States, Hong Kong, and Taiwan, she is interested in using puppetry to convey stories that are culturally mobile and emotionally universal. Her work is usually driven by a simple concept or motif, which is then explored through a self-reflexive application of puppetry. Su holds a BA with honors in Theater and Anthropology from the University of Chicago.