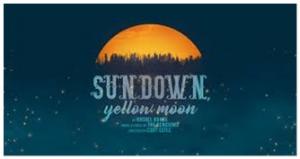 Rayleen (Liz Chidester), whose family members call her Ray, has returned to the small college town located in the south where she grew up. Fleeing her job and her female boss, who is several years her senior and also someone whom Ray is (or perhaps no longer is) romantically involved with, she hopes to find some solace from within. Ray has come home to assist her father Tom (Will Casey) who is going through a crisis of his own. Tom, who is an instructor at the local school, has been indefinitely suspended from his teaching duties due to a physical altercation with the headmaster's wife.

Ray's twin sister Josephine (Diana Coates), who prefers the name Joey, spends her days running for miles in the Tennessee heat and humidity while her nights are spent swimming in the nearby pond. Bored and lonely, Joey is just counting the days until she leaves for Berlin on a two-year Fulbright scholarship. 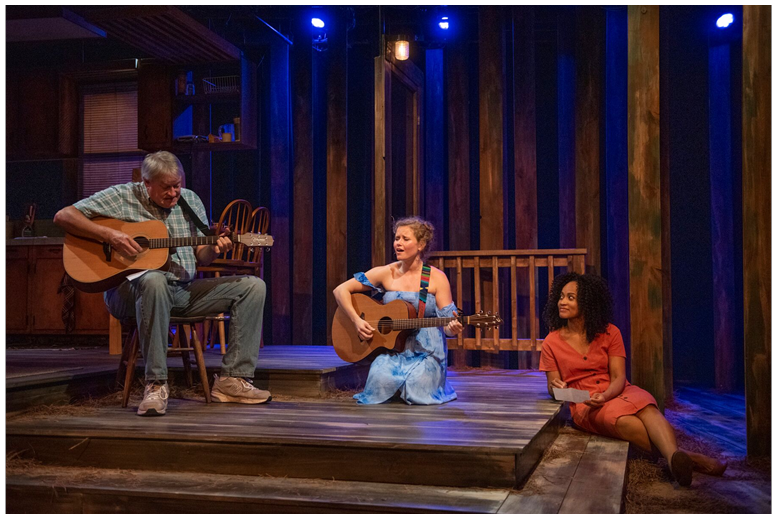 One evening while contemplating taking a dip in the water Joey meets Ted (Josh Odor), a poet whose wife is a visiting professor of English at the university.

That's pretty much it as far as the two sisters are concerned. Ray, who is an aspiring singer and songwriter, does work in some capacity within the music industry but the details are very vague. She is currently experiencing a major block in creativity and can't seem to finish writing a song which she had been working on for quite some time. As for the father, Tom has been required to take an anger management course, where he meets and is befriended by Carver (Jordan Dell Harris). Carver, who went to the same high school as Ray and is a former member of a very successful local band, has become Tom's counselor.

All of Bonds' characters seem to be inhibited by fear and none of them are wholly formed. This tends to feel like a script that is just a rough draft. Adding the element of music doesn't help, as it doesn't feel natural when Tom and Ray sit on the front porch, each holding a guitar and singing together, as if this is 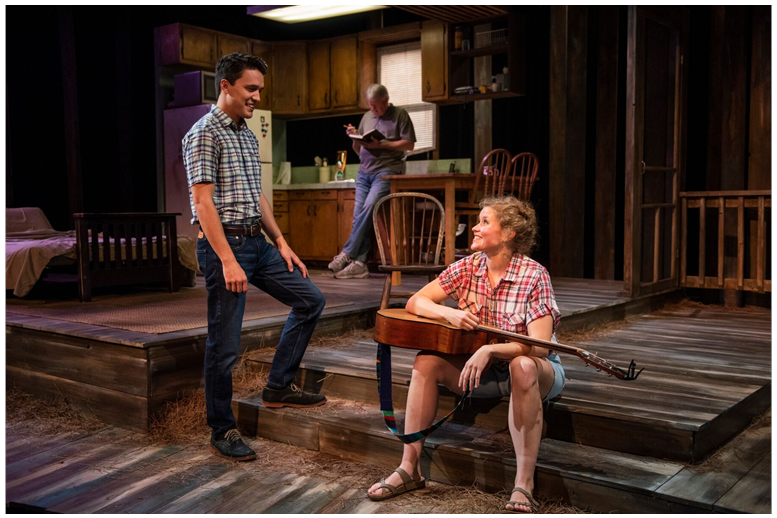 something that they have done since she was a little girl. The songs (music and lyrics written by the husband and wife team The Bengsons) are sparingly utilized yet pleasant. However, it feels as though Bonds started her thought process at the very end with the closing song that supposedly sums everything up and then worked backwards to try to build a cohesive story to fill it in.

Too many questions are left unanswered and vague references never explained. Did Joey and Ted ever consummate their relationship or was it just an innocent flirtation? Carver once belonged to a very popular and lucrative band but dropped out. Why? Was his scandal with a priest a consensual love affair or was he the victim of sexual abuse? What shaped him into a loner who sits in the darkness of his room and listens forlornly to his band's greatest hits played on the radio? 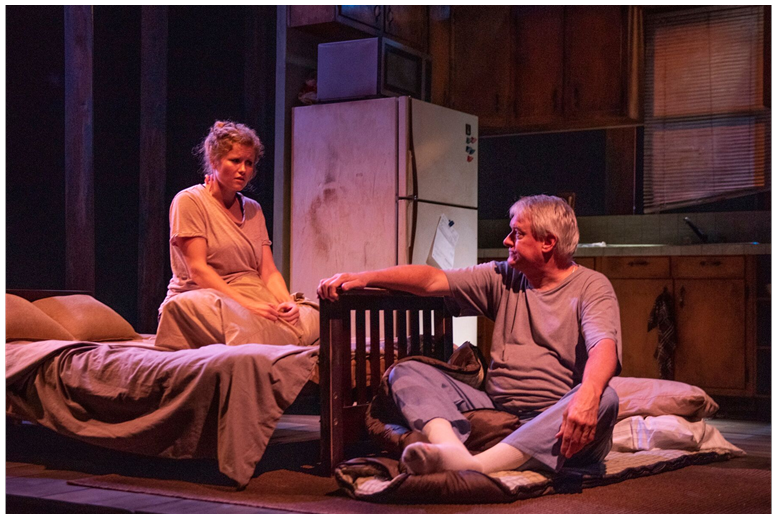 Also problematic is the direction of Estle, especially his blocking involving the scenes that occur at the swimming hole, mostly between Joey and Ted, but also between Joey and Ray early on. Jeffrey D. Kmiec, who has created the scenic design on the very elongated stage of Raven's East Stage, has used multiple wooden vertical planks to suggest an abstract landscape of a dense forest which is located extreme stage left. If you happen to be seated on the left side of the house and not within the first row, all of the scenes in the woods (and there are several) in which any of the characters are crouching or sitting down will be obstructed by audience members seated in front of you.

While there are many good performances here -- especially from Coates, Odor and Harris -- Bonds' weak script doesn't allow their tremendous talents to shine. 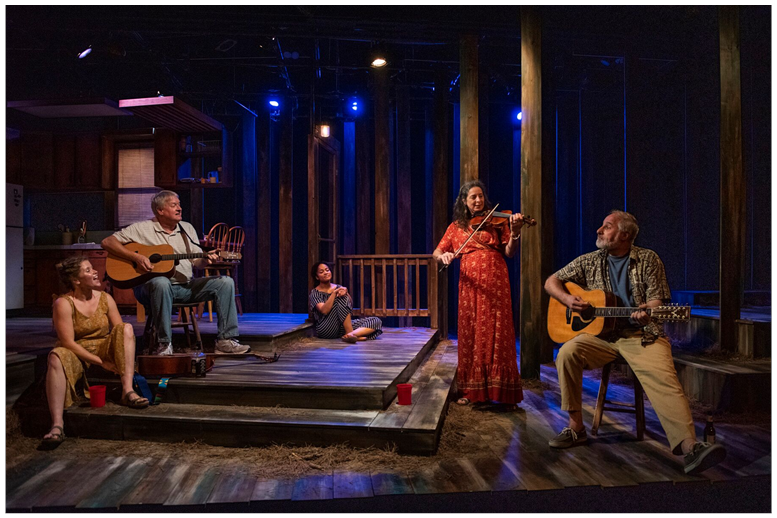 Running time is 95 minutes with no intermission.