TheatreSquared’s American Mariachi takes the stage August 4 with live, in-person performances. Through a new partnership with Northwest Arkansas’s own Mariachi Amistad de Arkansas, this inspiring play will fill the theatre with music. A celebration of familia, amor, and tradición, American Mariachi tells a story of honoring history and blazing new trails at the same time. Streaming tickets to view the production online will be available beginning August 13.

American Mariachi is a hilarious and heartwarming new music-filled comedy about the freedom to dream big. Set in the Southwestern USA in the 1970s, it tells the story of Lucha, an ambitious young woman who dreams of changing her world through music. When faced with pushback from male-dominated mariachis, she and her friends decide to found their own, all-female band. 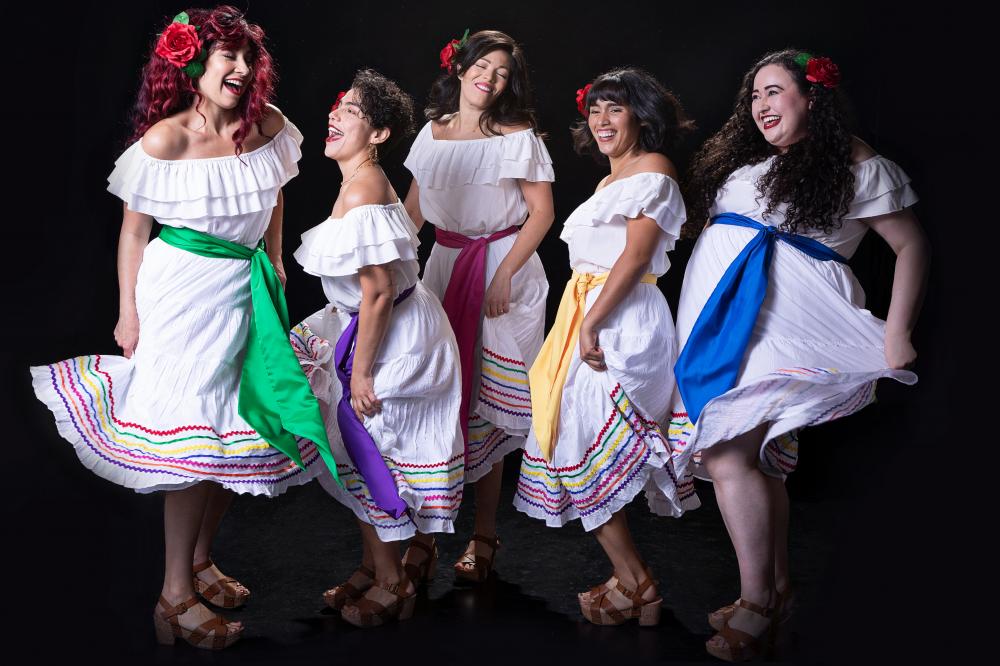 American Mariachi is directed by Rebecca Rivas, TheatreSquared Artistic Associate and LatinX Theatre Project Program Director.  "This play, for many of us, is the first show we've rehearsed in person since the pandemic closed theatre doors." said Rivas. "To have them reopened and filled with music in a story about love and family feels so so right for this moment. It's been good for the heart to hear these songs and watch these stories. We can't wait to share it."

Lucha spends her days caring for her ailing mother, but longs to shake up her life. When a forgotten record album sparks her mother’s memory, Lucha and her cousin strike upon a radical idea: to create an all-female mariachi band. Called a "big-hearted, musical tug at the heartstrings"  by Denver Post, this story reminds us how music and love can make just about anything possible.

Leading the production as Lucha is Belén Moyano, seen Off-Broadway in Assistants: the Musical with Sara Orlenas supporting in the role of Hortensia and Orlando Arriaga as Frederico.

American Mariachi finishes off a full summer for TheatreSquared after its return to live performance in April. In July,  T2 celebrated its best-attended production in its 15-year history with Matilda: The Musical presented at Fayetteville Public Library. The return to in-person performance comes after a year of streaming work featured among the "Top Theatre of 2020" by The New York Times along with recognition as an "outstanding drama company" by The Wall Street Journal. Following American Mariachi, the company will stage in September the highly anticipated world premiere of Design Women by Linda Bloodworth-Thomason.

Performances of American Mariachi are scheduled Tues-Sat at 7:30, and Sat. and Sunday at 2pm at TheatreSquared in 477 W. Spring Street in downtown Fayetteville, Arkansas.  Tickets range from $18 -$58. All fees are included, with no additional charges at checkout.

Subscription packages for TheatreSquared include full seven-play packages starting at $119, with four-to-six-play flex packages starting at $69. Benefits for season ticket holders include savings of up to 20% on every show, free unlimited exchanges, discounted reserved parking, and same-day discounts in the Commons Bar/Café and other T2 Restaurant & Hotel Partners.

Through T2’s Lights Up! For Access program, supported by the Walmart Foundation, SNAP benefit recipients can purchase $1 tickets, while students and patrons under the age of 30 can purchase $10 tickets. For more information, visit theatre2.org/lights-up. Fully subsidized, free tickets are also available for clients of a number of local community service organizations.

Subscriptions and single tickets can be reserved by calling TheatreSquared at (479) 777-7477 or by visiting theatre2.org/subscribe.