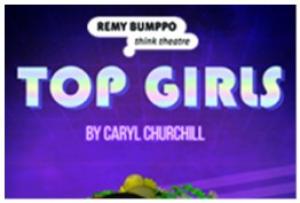 Act I begins with that dream I mentioned earlier, in which Marlene (Linda Gillum) hosts a dinner party for powerful women from history.  Over the course of the 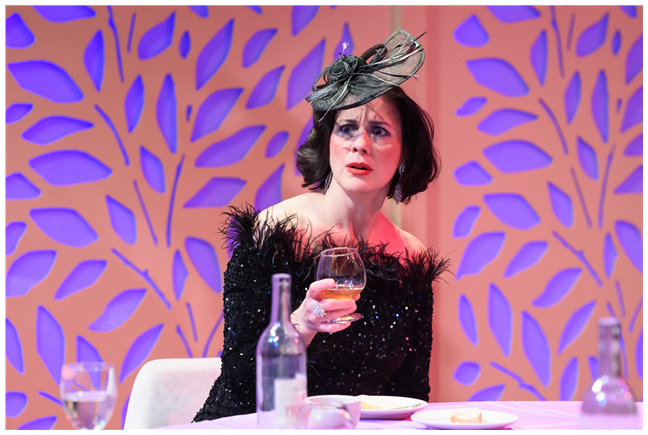 evening, they tell their life stories while getting exceedingly drunk.

By the way, in most productions (you can check all the pix online), the dinner guests are lined up on one side of a long table – like the painting of the last supper – above and in front of the audience.  Remy Bumppo, on the other hand, puts the stage in the center with the audience seated on risers on opposite sides of the stage.  The dinner guests are seated at a round table, but they frequently get up and move to another seat while waitresses, Rebecca Hurd and Vahista Vafadan, serve them. 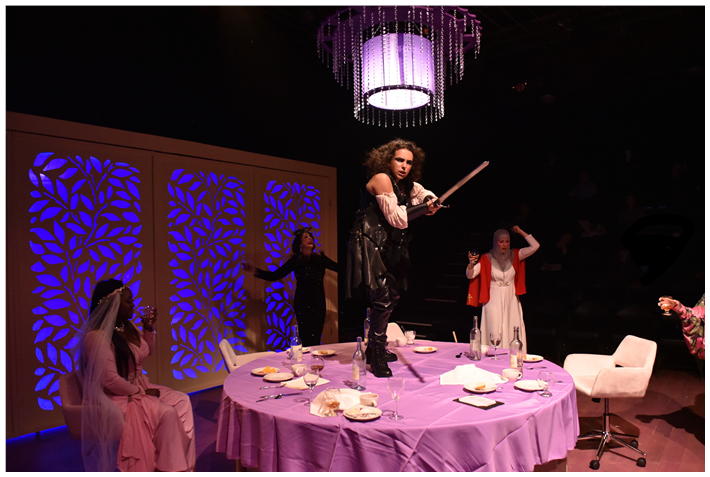 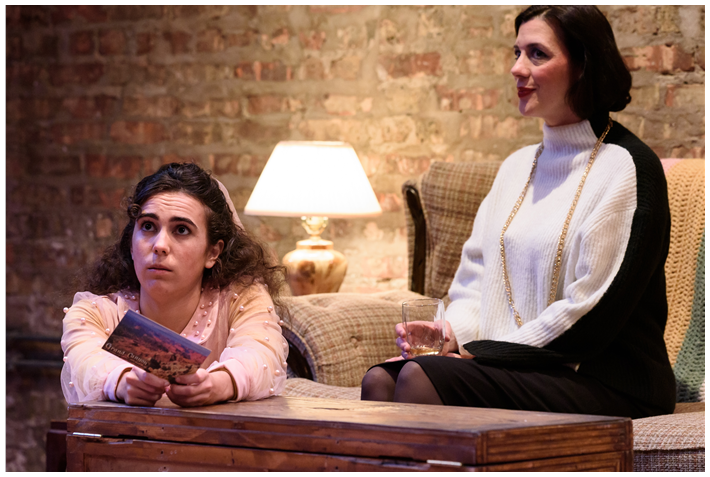 In Marlene’s real life, we learn that she has just accepted a promotion to Managing Director at Top Girls Placement Agency.  The other women in the agency, Nell (Hurd) and Win (Myers), try to emulate her while interviewing job applicants.

Meanwhile, when young Angie (Asua) runs away from home, we find out about one of Marlene’s dirty little secrets.  When she left her “poor” life for the city, she left an illegitimate daughter behind for her sister, Joyce (Spence) to raise.

This is a long play, at two hours, forty minutes, but be sure and stay in your seat for the second intermission.  Watching the crew’s tightly choreographed steps to completely transform the stage into an apartment, with a complete kitchen, is not to be missed.  Kudos to Set Designer Courtney O’Neill and Properties Designer Amanda Herrmann. 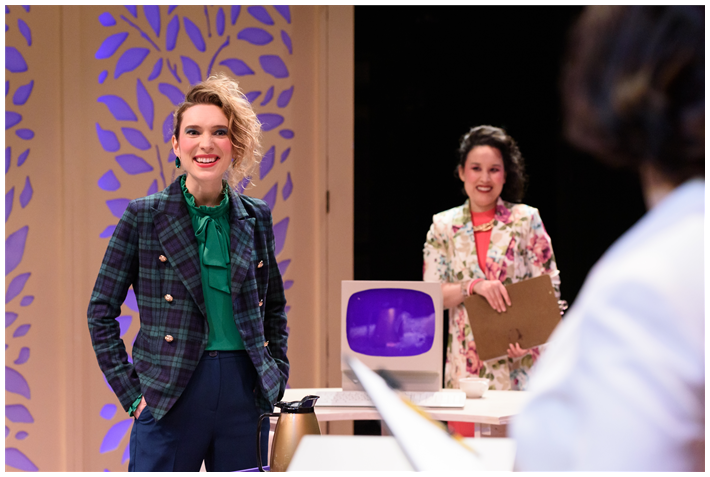 The Remy Bumppo production of “Top Girls” runs through February 22nd at Theater Wit, 1229 W. Belmont Avenue, Chicago.   Parking for Theater Wit is available in a lot directly across the street for $8.  Stop in Kubo Chicago (restaurant) to pay.