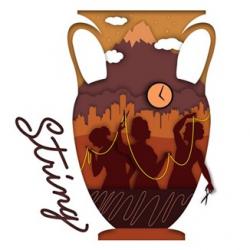 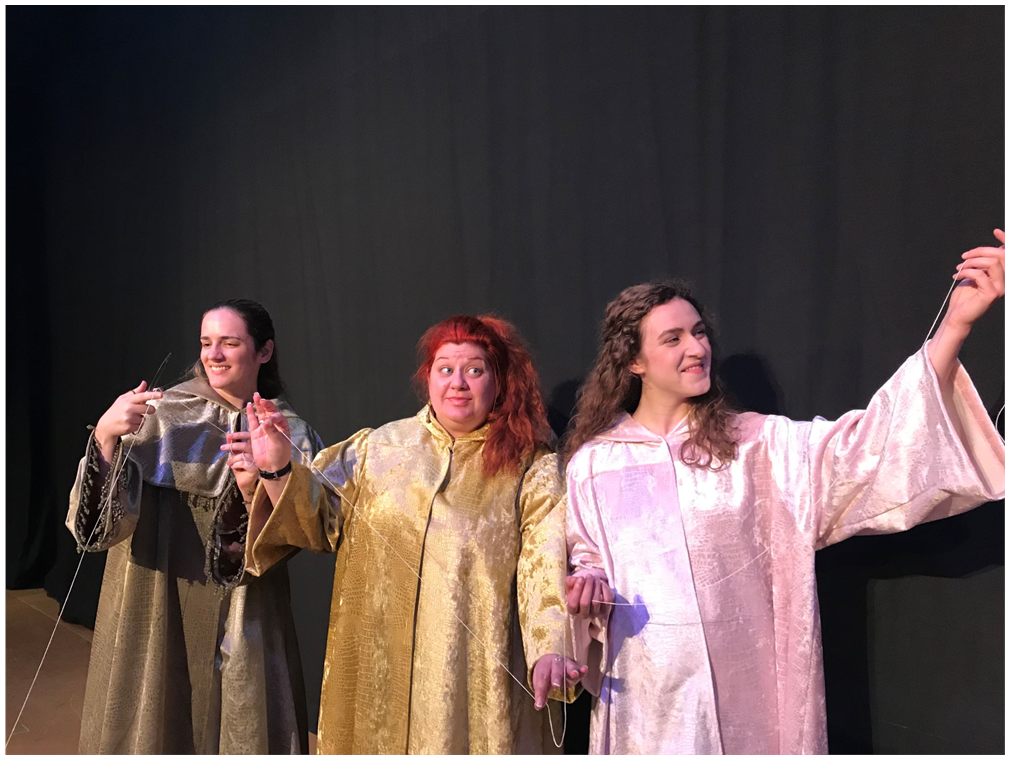 In this story, the three Fates, Atropos (Mikaela Sullivan), Lachesis (Stephanie Naumoff) and Clotho (Carolyn Waldee), were responsible for the string of life of every mortal from birth to death.  Clotho spun the string of life, Lachesis determined the length of the string (life), and Atropos cut the string to end the life.

One day, while they were quietly doing their job, Atropos snipped the thread of a woman who just happened to be a favorite of Zeus.  When they informed the irate Zeus (Quinn Rigg) that they wouldn’t/couldn’t restore her life, he banished them from Olympus, adding a curse – that they couldn’t return until one of them fell in love with a mortal. 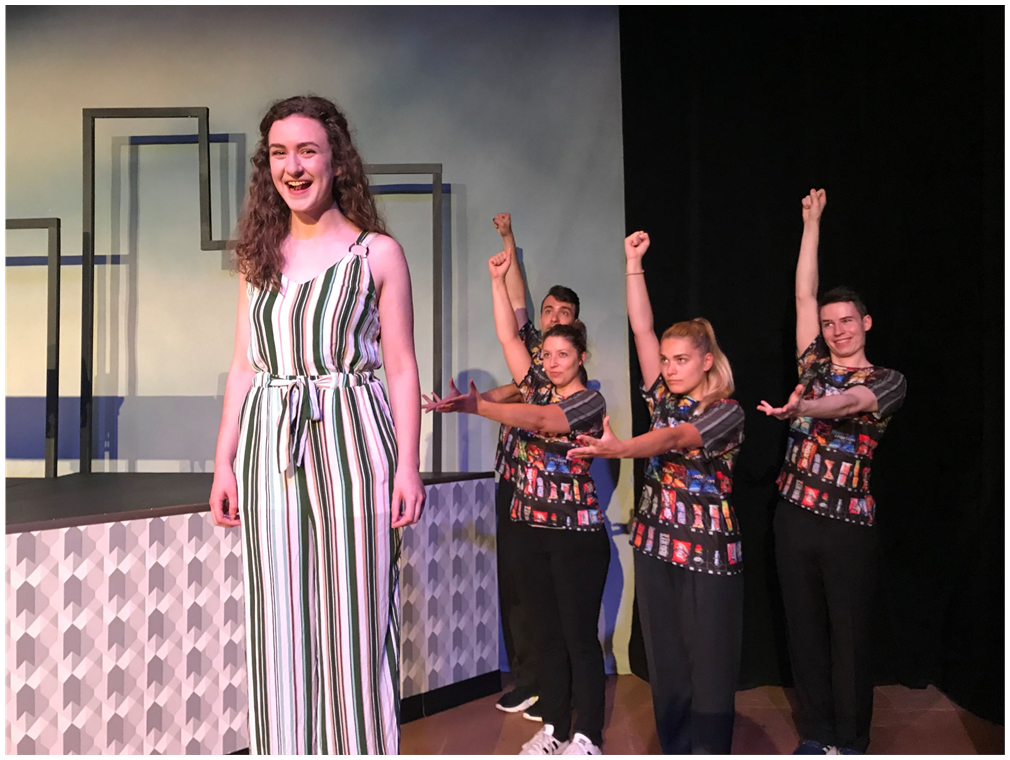 Fast forward to the modern world.  The three Fates are living and working on the 200th floor of a skyscraper.  Whenever they take a break, Lachesis and Clotho like to visit the building’s vending machines; Atropos likes riding the elevator up and down.

One day, a security guard named Mickey (Elliot Bibat) noticed something suspicious on one of his monitors, a woman riding up and down in the elevator but never getting off.  When he mentioned it to his relief, O’Brien (Spencer Douglas) told him to ignore it – but of course Mickey couldn’t leave it alone.  When Mickey encounters Atropos, an unlikely friendship – and maybe a little more – developed.  One day, however, when Lachesis determines that the security guard’s life will end, Atropos tries to prevent it – and chaos results.