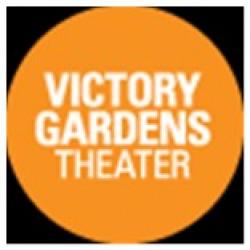 Seven college students gather for a DIY self-defense workshop after a sorority sister is raped. They learn how to “not be a victim," how to use their bodies as weapons, how to fend off attackers. The form of self-defense becomes a channel for their rage, trauma, confusion, anxiety, and desire—lots of desire. Challenged to determine what they want and how to ask for it, the students must ultimately face the insidious ways rape culture steals one's body and sense of belonging.

"When I first read Lily’s How to Defend Yourself, I knew this powerful play had to have a life in the American Theatre,” says Chay Yew, Artistic Director of Victory Gardens, “Addressing the silent and pervasive crime of rape on college campuses, this witty and essential work is also the perfect platform for our Chicago audiences to further dialogue about the current #metoo movement in ending sexual violence and harassment. We developed Lily’s play in our Ignition Festival of New Plays earlier this year, and we are proud to partner with Actors Theatre of Louisville’s Humana Festival in presenting the world premiere of How to Defend Yourself.”

“Every person I worked with at the IGNITION Festival was so committed, game, passionate and curious,” says playwright Lily Padilla. “We were in magic time— our two short days of rehearsal were so focused it felt like a week. I can’t wait to work with Marti Lyons and Victory Gardens artists again to create the production of How to Defend Yourself.”

How to Defend Yourself was developed in the 2018 Wagner New Play Festival at the University of California, San Diego directed by Kim Rubinstein and mentored by Naomi Iizuka, Allan Havis, Deborah Stein and Kim Rubinstein. The roles were originated by UC San Diego undergraduate and graduate actors. The play was further developed in the 2018 IGNITION New Play Festival at Victory Gardens Theater and the 2018 Ojai Playwrights Conference.

Additional information about How to Defend Yourself and the Victory Gardens Theater 2019/2020 Season will be announced at a later date.

Lily Padilla makes plays about sex, intersectional communities and what it means to heal in a violent world. They just received their M.F.A. from the University of California, San Diego, where they were mentored by Naomi Iizuka, Deborah Stein, Allan Havis and Kim Rubinstein. Padilla’s work has been developed with the Ojai Playwrights Conference, Victory Gardens Theater, INTAR Theatre and San Diego Repertory Theatre. Her immersive audio installation And Then You Wait, co-created with Dylan Key, reimagined an abandoned grain silo as an apocalyptic fallout shelter in the 2017 La Jolla Playhouse WOW Festival. (w)holeness was a finalist for the 2018 Latinx Theatre Commons Carnaval of New Work. Padilla facilitates playwriting workshops with the La Jolla Playhouse/TCG Veterans & Theatre Institute. They hold a BFA from NYU Tisch, ETW & Playwrights Horizons. She is also a director, actor and community builder who looks at rehearsal as a laboratory for how we might be together. www.lilypadilla.com

About The Humana Festival of New American Plays

Three Humana Festival plays have won the Pulitzer Prize—The Gin Game by D. L. Coburn, Crimes of the Heart by Beth Henley, and Dinner with Friends by Donald Margulies—and plays launched in Louisville have received a host of prestigious honors, including the Obie Award, Kesselring Prize, Steinberg/ATCA New Play Award, Susan Smith Blackburn Prize, and many others. More than 400 Humana Festival plays have been published in anthologies and individual acting editions, making Actors Theatre a visible and vital force in the development of new work.

The Humana Festival is the premier event of its kind in the nation, drawing theatre lovers, journalists, and film and stage producers from around the world. About 36,000 patrons attend the six weeks of plays and associated events, including students from more than 50 colleges and universities. The Festival culminates in two industry weekends, which bring together a collection of amazing new plays with one-of-a-kind panels, cocktail parties, discussions and networking events. It is the perfect opportunity to see new work, make new connections, and support the creation of new American theatre.

Under the leadership of Artistic Director Chay Yew and Managing Director Erica Daniels, Victory Gardens is dedicated to artistic excellence while creating a vital, contemporary American Theater that is accessible and relevant to all people through productions of challenging new plays and musicals.  Victory Gardens Theater is committed to the development, production and support of new plays that has been the mission of the theater since its founding, set forth by Dennis Začek, Marcelle McVay, and the original founders of Victory Gardens Theater.

Victory Gardens Theater is a leader in developing and producing new theater work and cultivating an inclusive Chicago theater community. Victory Gardens’ core strengths are nurturing and producing dynamic and inspiring new plays, reflecting the diversity of our city’s and nation’s culture through engaging diverse communities, and in partnership with Chicago Public Schools, bringing art and culture to our city’s active student population.

Since its founding in 1974, the company has produced more world premieres than any other Chicago theater, a commitment recognized nationally when Victory Gardens received the 2001 Tony Award for Outstanding Regional Theatre. Located in the Lincoln Park neighborhood, Victory Gardens Biograph Theater includes the Začek-McVay Theater, a state-of-the-art 259-seat mainstage and the 109-seat studio theater on the second floor, named the Richard Christiansen Theater.

Capital improvement support from the Performing Arts Venue Fund at the League of Chicago Theaters, with funding from the John D. and Catherine T. MacArthur Foundation; and Capacity Building support by Compass-Chicago.