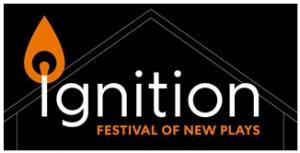 Victory Gardens Theater outgoing Artistic Director Chay Yew, Executive Artistic Erica Daniels announce the lineup for the 2020 IGNITION Festival of New Plays, including Black Like Me by Monty Cole, North Star by Georgette Kelly, Last Hermanos by Exal Iraheta, and Pivot by Alex Lubischer. The annual festival of new plays, now online for Summer 2020, will run from mid-June to mid-July with free readings of four new plays from Chicago playwrights on Thursday evenings at 7:00pm. Each reading will be followed by a “Coffee with the Creators” chat at noon the following day.

The IGNITION Festival of New Plays is an annual festival devoted to fostering a community of support for the development of outstanding new plays and nurturing relationships with emerging and established playwrights.

Since 2008, IGNITION programming has been free and open to the public. Reservations, which are available beginning the week of May 25, are required. For more information and to register for the online events, visit https://victorygardens.org/event/2020-ignition-festival-of-new-plays/

“Despite these challenging times, Victory Gardens continues to believe that art and Chicago communities will endure. With this in mind, our literary manager Kat Zukaitis and I curated the thirteenth edition of IGNITION Festival of New Plays to celebrate our emerging Chicago playwrights. Since its inception in 2008, we have developed and given world premiere productions to some of our country's most innovative voices from Branden Jacobs-Jenkins and Lauren Yee to Jackie Sibblies Drury and Kristoffer Diaz. We're proud to have shared these plays with Chicagoans and the world,” says Artistic Director Chay Yew. “This year, we give a home to our new generation of local playwrights who shine light on our diverse humanity, whose powerful plays create meaningful dialogue towards a more unified and equitable Chicago.”

Literary and Public Programs Manager Kat Zukaitis adds, “This year's fully digital IGNITION Festival will be accessible to people across the world as it never has been before—and that makes it the perfect time to celebrate the work of Chicago artists, and to recognize the vital role that the arts play in our communities. This year's cohort of writers grapple with trauma and resistance, identity and belonging, in new works that embrace the tangled inheritance of the past as we look towards the futures that we can create together. We are so proud to share the talent of Chicago writers, directors, actors, dramaturgs, stage managers, and others in the 2020 IGNITION Festival of New Plays.”

Save the date for the following schedule:

Victory Gardens Theater is a leader in developing and producing new theater work and cultivating an inclusive Chicago theater community. Victory Gardens’ core strengths are nurturing and producing dynamic and inspiring new plays, reflecting the diversity of our city’s and nation’s culture through engaging diverse communities, and in partnership with Chicago Public Schools, bringing art and culture to our city’s active student population.

Since its founding in 1974, the company has produced more world premieres than any other Chicago theater, a commitment recognized nationally when Victory Gardens received the 2001 Tony Award for Outstanding Regional Theatre. Located in the Lincoln Park neighborhood, Victory Gardens Biograph Theater includes the Začek-McVay Theater, a state-of-the-art 259-seat mainstage and the 109-seat studio theater on the second floor, named the Richard Christiansen Theater.

Capital improvement support from the Performing Arts Venue Fund at the League of Chicago Theaters, with funding from the John D. and Catherine T. MacArthur Foundation; and Capacity Building support by Compass-Chicago.