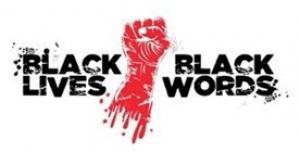 Black Lives, Black Words, a Chicago-based activist theater company that provides local black creatives with an artistic platform, is bringing its poignant and powerful “Plays for the People” virtual series to a close with the last two plays to be livestreamed via Zoom in October and November.

Upcoming virtual productions include the world premiere of “Call for the Wailing Women,” a modern-day, Afro-Centric take on famed ancient Greek playwright Euripides’ production of “The Suppliants,” written by South Side native Katrina D. RiChard and to be livestreamed Oct. 22-25. The world premiere of “The Emancipation of Yankee Oluwale,” directed by acclaimed Nigerian director Wole Oguntokun, about the true story of David Oluwale’s struggles with police brutality in the early 1900’s will also be performed from November 19-22. Both plays, performed as “two-handers,” will be livestreamed from the actors’ staged homes and performed by talented Chicago-based actors.

Based in Chicago, Black Lives Black Words provides theatre artists of color the opportunity to have their voice heard, raw and unfiltered, to speak honest truth about the issues that take place in their communities. The activist organization realizes that every voice, experience and narrative is essential to bridging connection and creating societal change. For a team of 35 international artists, it is a true testimony to how an artistically determined group can convey a meaningful message. The company is led by Founder and Managing Curating Producer Reginald Edmund and Co-founder, Executive Producer and Creative Director Simeilia Hodge-Dallaway, who has been listed for three consecutive years in the Stage Top 100 Power List. The two are married, a true power-couple that work together on nearly every project at BLBW.

“Call for the Wailing Women,” takes the ancient Greek tragedy of two mothers fighting for their sons’ honor and gives it a modern, Afro-Centric spin. Much like Euripides’ tale, the story revolves around two mothers, Mary (Allyson Brown) and Sandy (Bianca Laverne Jones), who meet and must fight for their sons in different ways and for different reasons. They both need to win, but winning may be out of their reach. The play was written by actor, writer, producer, director and Chicago South Side native Katrina D. RiChard, whose mission is to illuminate marginalized voices, tell classic stories that have never been told before with a fresh perspective through her experiences in Chicago. The play will also be accompanied by a soundscape from sound designer Gabriel Causon, all under the direction of internationally renowned director Valerie Curtis-Newton, Head of Directing at the University of Washington School of Drama and recognized as The Seattle Times’ Most Influential People of the Last Decade in 2020.

“The Emancipation of Yankee Oluwale” follows the true and powerful story of David Oluwale, a Nigerian who stowed away on a ship bound to the UK from Lagos when he was only 19 years old and earned himself the nickname “Yankee” due to his love of all things American. The play follows the events Oluwale experiences facing police brutality. Over 50 years after the tragic death of Oluwale, his story still resonates with Black audiences from around the world. The play was written by Nigerian playwright and stage and film director Wole Oguntokun and directed by acclaimed actor and stage director Harry Waters Jr., best known for his role as Marvin Berry in Back to the Future.

“Amidst the grieve, despair, and ongoing trauma in our communities, we are blessed to have artists who are able to speak on our behalf provide comfort to communities through art,” said BLBW International Project Co-Founder and Executive Producer Simeilia Hodge-Dallaway. “During these challenging times, we recognize the power and importance of our BLBW artists to articulate our pain, frustration, anguish, and even, our need for escapism and laughter to get through the emotional heaviness and heartbreak of our circumstances. At BLBW, we recognize our role as a catalyst for change as we continue to provide a platform for our artists to speak when we simply do not have the words, to lean on when we are weary, and to call for action at times of distress.”

“Call for the Wailing Women” will be performed and virtually accessible for viewing October 22-25 at 7-8:30 p.m. “The Emancipation of Yankee Oluwale” will take place November 19-22 from 7-8:30 pm. The plays will be livestreamed via Zoom and tickets are available for purchase at $17 general admission and $10 for students. For tickets or more information, visit https://www.blacklivesblackwords.org/get-tickets

Katrina D. RiChard is a theater artist that has performed on stages across the city of Chicago and the Chicagoland area as well as worked behind the scenes as a writer, producer, and director.   Having been born and bred on the South Side of Chicago, the city continues to hold a special place in her heart and one of the primary places she writes about in her plays. Katrina served Chicago Public Schools for over a decade teaching High School Social Science and uses her history background in her writing as well. She is currently working on her MFA in Dramatic Writing at the University of Southern California (USC) where she was recently awarded the Joan Beber Playwriting Award. Her mission is to illuminate marginalized voices, tell stories that have never been told before, and to tell classic stories with fresh perspective.

Wole Oguntokun is a Nigerian playwright, stage and film director, as well as a theatre administrator and newspaper columnist. Wole has produced and directed plays by many of Nigeria’s best-known playwrights including Soyinka’s (“Kongi’s Harvest”, “Madmen & Specialists”, “The Lion and the Jewel”, “The Swamp Dwellers”, “Death and the King’s Horseman”, “The Strong Breed”, “Childe Internationale”, “Camwood on the Leaves”, “The Jero Plays”); Osofisan’s Morountodun, “Once Upon Four Robbers”, “The Engagement”, “The Inspector and the Hero”; Professor Ola Rotimi’s “The Gods Are Not To Blame”; Zulu Sofola’s King Emene, “Wedlock of the Gods, Wizard of Law”, as well as Athol Fugard’s “Sizwe Banzi is Dead.”

Oguntokun was official consultant to the British Council/Lagos and the crew of the National Theatre in London for the purpose of that National Theatre’s production of Wole Soyinka’s play Death and the King’s Horseman in April and May 2009.

Reginald Edmund is currently the Founder and Managing Curating Producer for Black Lives Black Words International Project. Inspired by #BlackLivesMatter, this project gives voice to some of the most contemporary political black writers from both the US, Canada, and the UK, asking them to explore the question 'Do Black Lives Matter today?'. In addition, he is a Resident Playwright at Tamasha Theatre in London, England and an Alumni Resident Playwright at Chicago Dramatists Theatre, an Artistic Associate at Pegasus Theatre-Chicago, and an Artistic Patriot at Merrimack Repertory Theatre, he was also a ‘10-‘11 Many Voice Fellow with the Playwrights’ Center. His play Southbridge was runner up for the Kennedy Center’s Lorraine Hansberry and Rosa Parks National Playwriting Awards, winner of the Southern Playwrights’ Competition, the Black Theatre Alliance Award for Best New Play, the Edgerton Foundation New American Play Award, and Kennedy Center's 2020 Citizen Artist Award.

Founder and CEO of Artistic Directors of the Future (www.adofthefuture.com) and Co-founder, Executive Producer and Creative Director at Black Lives, Black Words International Project, Simeilia Hodge-Dallaway has been listed three consecutive years in the Stage Top 100 Power List and last year was named in the London Evening Standard The Progress 1000: London's most influential people 2018 - Performance: Theatre.

She is also the Founder/CEO of Beyond The Canon (www.beyondthecanon.com), former troubleshooter and Manager of the National Theatre's Black Play Archive, Editor of the first monologue anthology for Black Plays inspired by black British Plays: The Oberon Book of Monologues for Black Actors: Classical and Contemporary Speeches from Black British Plays which was followed by a second monologue anthology published by Bloomsbury Methuen Drama: Audition Speeches for Black, South Asian and Middle Eastern Actors, interim Associate Producer at Theatre Royal Stratford East and former Trustee at the Directors Guild of Great Britain and Company of Angels Theatre Company. She also worked nationally and internationally as a theatre director, producer, dramaturg, teacher/guest lecturer, audience development consultant. Simeilia is currently a member of the editorial team for the Backpages Selection of the Contemporary Theatre Review (Routledge/UK) and Curatorial Consultant to the Manchester International Festival.

Black Lives, Black Words is an international initiative that provides local creatives with an artistic platform across various art forms to respond to social injustices that impact on underrepresented communities, in particular- people of color and women.

BLBW uniquely merges arts and activism to empower artists of color and women to view themselves as leaders, global citizens and ambassadors for change. By working in partnership with leading theatres, culturally diverse organizations and academia, BLBW has provided opportunities to artists and leaders from a wide range of ages, ethnicities, experiences and socio-economic backgrounds.

Since its conception in 2015, our work has spread both nationally and internationally through forging strong relationships with organizations, such as; The Guthrie (Minneapolis), Buddies in Bad Times (Canada), Obsidian Theatre (Canada), Victory Gardens (Chicago), Bush Theatre (London), Black Ensemble (Chicago), as well as academia, including; Rose Bruford (London), Northwestern University (Chicago) and Western Michigan (Kalamazoo).

Black Lives, Black Words International Project premiered at the Greenhouse Theatre in Chicago in 2015 and was heralded as “It’s a hopeful performance that comes from a place of love and optimism” by The Resident Magazine (UK).