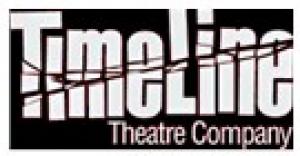 Four young black men, torn from the world without warning, discover themselves stuck in a nebulous waiting room in the afterlife. While balancing the reality of their past and the uncertainty of their future, their souls try to find peace in Kill Move Paradise by James Ijames, receiving its Chicago premiere February 12 – April 5, 2020 at TimeLine Theatre Company.

Inspired by the ever-growing list of slain unarmed black men and women, Kill Move Paradise is a portrait of those lost—not as statistics, but as heroes who deserve to be seen for the splendid beings they are.

James Ijames (Playwright), a Philadelphia-based playwright and performer, received a 2017 Whiting Award and the 2019 Kesselring Prize for Kill Move Paradise. He is also a 2011 Independence Foundation Fellow, a 2015 Pew Fellow for Playwriting, the 2015 winner of the Terrance McNally New Play Award for WHITE, and the 2015 Kesselring Honorable Mention Prize winner for The Most Spectacularly Lamentable Trial of Miz Martha Washington. His plays have been produced by Flashpoint Theater Company, Orbiter 3, Theatre Horizon, Wilma Theatre (Philadelphia), The National Black Theatre (NYC), Ally Theatre (Washington, D.C.), Definition Theatre (Chicago), Shotgun Players (Berkeley, CA) and have received development with PlayPenn New Play Conference, The Lark, Playwright's Horizon, Clubbed Thumb, Villanova Theater, The Gulfshore Playhouse, Wilma Theater, Azuka Theatre, The National Black Theatre and Victory Gardens. Ijames has appeared regionally in productions at The Arden Theatre Company, The Philadelphia Theatre Company, InterAct Theatre Company, The Wilma Theatre, Baltimore Center Stage, Mauckingbird Theatre Company, and People’s Light and Theatre. He is the 2011 F. Otto Haas Award for an Emerging Artist recipient, and has also won two Barrymores for Outstanding Supporting Actor in a Play for Superior Donuts and Angels in America and one Barrymore for Outstanding Direction of a Play for The Brothers Size with Simpatico Theatre Company. Ijames is a founding member of Orbiter 3, Philadelphia’s first playwright producing collective. He received a BA degree in Drama from Morehouse College in Atlanta, and an MFA degree in Acting from Temple University in Philadelphia, Penn. James is Assistant Professor of Theatre at Villanova University and resides in South Philadelphia.

“I have always been a student of history,” says Wardell Julius Clark (Director), “and looking back at events in our past to understand who and how we are in the world is very important. There is no better place to explore those themes and ideas than at TimeLine.”

﻿Clark made his company debut in 2013, appearing in TimeLine’s sold-out production of A Raisin in the Sun, and became a TimeLine Company Member in 2018. His Chicago directing credits include Hoodoo Love (Raven Theatre); His Shadow (16th Street); Dutch Masters (Jackalope); The Watsons Go to Birmingham-1963 (Chicago Children’s Theatre); The Shipment (Red Tape); Insurrection: Holding History (Stage Left); and Surely Goodness and Mercy (Redtwist). He was associate director for Guess Who’s Coming to Dinner and assistant director for Gem of the Ocean and Satchmo at the Waldorf (Court). Chicago acting credits include Flyin’ West (American Blues); Suddenly Last Summer (Raven); Silent Sky (First Folio); Apartment 3A (Windy City Playhouse); Invisible Man (Court); The Whipping Man (Northlight); We are Proud to Present… and The Gospel According to James (Victory Gardens); The Beats (16th Street Theater); Ghosts of Atwood (MPAACT), for which he received the Black Theater Alliance Denzel Washington Award for Most Promising Actor; and Topdog/Underdog (American Theater Company/Congo Square Theater). His TV and film credits include Shameless and Chicago Fire. Originally from Fairfield, Alabama, Clark earned his BFA degree in Acting from The Theatre School at DePaul University. He also serves as a Teaching Artist in TimeLine’s Living History Education Program.

Charles Andrew Gardner (Daz) is a TimeLine Company Member who has appeared at TimeLine in Dominique Morisseau’s Paradise Blue (BTAA nomination—Best Supporting Actor) and the world premiere of John Conroy’s My Kind of Town (BTAA nomination—Best Actor), for which the Chicago Tribune named him one of 2012’s “Hot New Faces to Watch.” Other Chicago theater credits include His Shadow (16th Street); Objects in the Mirror, Stop. Reset. (u/s), and Buzzer (u/s) (Goodman); How Long Will I Cry (Steppenwolf); Macbeth and Othello (The Suitcase Shakespeare Company); The Great Fire (u/s) (Lookingglass); and Spectacle Lunatique (Redmoon). TV credits include The Chi (Showtime), Chicago PD (NBC), as well as multiple national commercials. In addition to his work on stage and in front of the camera, Gardner is President of the SAG-AFTRA Chicago Local, a Teaching Artist in TimeLine’s Living History Education Program, Vice President of Creative Cypher and Associate Board Member of the Gene Siskel Film Center. He is a native Chicagoan and a graduate of Northern Illinois University with a BFA degree in Acting.

Trent Davis (Tiny) makes his TimeLine debut in Kill Move Paradise. He was a standout performer in Frankenstein and A Wrinkle in Time (Lifeline Theatre), and appeared as Lil' Demetrius in the feature film Chi-Raq, directed by Spike Lee. Other Chicago credits include Caroline, or Change (Columbia College) and An Inspector Calls (Chicago Shakespeare).﻿

Donovan Session (Tiny, at select performances) is making his TimeLine debut. Chicago credits include The Leftovers (Something Marvelous), Non-Player Character (Red Theatre Chicago), Queer Eye: Musical Parody (Playground Theater), Everybody (Brown Paper Box); and Six Degrees of Separation and Surely Goodness (Redtwist). Session holds a BFA degree with an acting emphasis from the University of Oklahoma and is a Redtwist Theatre company member.

Pre-Show Discussions: Starting one hour before these performances, a 25-minute introductory conversation hosted by a TimeLine Company Member and the dramaturg on Sunday, March 8 and Wednesday, March 18.

Company Member Discussion: A post-show discussion with the collaborative team of artists who choose TimeLine’s programming and guide the company’s mission on Sunday, March 22.

Sunday Scholars Panel Discussion: A one-hour post-show discussion featuring experts on the themes and issues of the play on Sunday, March 29.

For further details about all planned discussions and events, visit timelinetheatre.com.

Captioned Performances: An open-captioned performance with a text display of words and sounds heard during performances on Saturday, March 7 at 4 p.m. and Thursday, March 26.

Audio-Described Performance and Touch Tour: On Friday, March 20, the performance will feature a live narrator giving verbal descriptions of actions, costumes, scenery, and other visual elements via a handheld device. A “touch tour” of the set and props and an artistic discussion will precede the show.

Single tickets to Kill Move Paradise are now on sale. Preview tickets are $25. Single tickets to regular performances are $42 (Wednesday through Friday), $49 (Saturday evenings) and $57 (Saturday and Sunday matinees). Student discount is 35% off regular price with valid ID. TimeLine is also a member of TCG’s Blue Star Theatre Program and is offering $25 tickets to U.S. military personnel, veterans, first responders, and their spouses and family.

Discounted rates for groups of 10 or more are available. Ticket buyers age 18-35 may join TimeLine’s free MyLine program to obtain access to discounted tickets, special events and more. Visit timelinetheatre.com/discounts for more about Blue Star, MyLine and other available discounts.

To purchase a FlexPass, single tickets or for more information, visit timelinetheatre.com or call the Box Office at (773) 281-8463 x6.

Kill Move Paradise will take place at TimeLine Theatre, 615 W. Wellington Ave., in Chicago’s Lakeview neighborhood, near the corner of Wellington and Broadway, inside the Wellington Avenue United Church of Christ building.

TimeLine is served by multiple CTA trains and buses. TimeLine offers discounted parking at the Laz parking garage at Broadway Center ($8 with validation; 2846 N. Broadway, at Surf) or the Century Mall ($9 with validation; 2836 N. Clark), with other paid parking options nearby, plus limited free and metered street parking.

TimeLine Theatre is accessible to people with disabilities. Two wheelchair lifts provide access from street level to the theatre space and to lower-level restrooms. Audience members using wheelchairs or who need to avoid stairs, and others with special seating or accessibility needs should contact the TimeLine Box Office in advance to confirm arrangements. Also, see ACCESSIBILITY EVENTS above.

ALSO AT TIMELINE THEATRE DURING THE 2019-20 SEASON

In December 2018, TimeLine Theatre announced that it had purchased property in Uptown—encompassing a five-story, 45,500-square-foot warehouse building plus a vacant lot near the corner of Broadway and Argyle—to be the site of its new home. Preliminary plans feature two intimate and flexible black box theatres seating up to 250 and 150 audience members, respectively. TimeLine’s new home also provides an expanded area for the immersive lobby experiences that are a TimeLine hallmark, new opportunities for education and engagement, room to allow audience members to arrive early and stay late for theatergoing experiences that extend far beyond the stage, and more.

In July, TimeLine announced the selection of HGA as architect, furthering its new home project, which is expected to take approximately three years to complete. In the meantime, TimeLine continues to maintain its operations and present the majority of its productions at its current home in Lakeview East.

TimeLine Theatre Company, recipient of the prestigious 2016 MacArthur Award for Creative and Effective Institutions, was founded in April 1997 with a mission to present stories inspired by history that connect with today's social and political issues. Now entering its 23rd season, TimeLine has presented 79 productions, including 10 world premieres and 35 Chicago premieres, and launched the Living History Education Program, which brings the company's mission to life for students in Chicago Public Schools. Recipient of the Alford-Axelson Award for Nonprofit Managerial Excellence and the Richard Goodman Strategic Planning Award from the Association for Strategic Planning, TimeLine has received 54 Jeff Awards, including an award for Outstanding Production 11 times.

With Kill Move Paradise, award-winning playwright James Ijames takes the Elysium of Greek antiquity and flips the script. Set in a netherworld prepared for its newly deceased inhabitants, Isa, Daz, Grif and Tiny confront themselves, each other, and the audience as they try to make sense of the world they have been untimely ripped from and the purgatory they find themselves in. In the end, Kill Move Paradise is a powerful and provocative spin on recent events that illustrates the possibilities of collective transformation and radical acts of joy.

Ijames has described Kill Move Paradise as “an expressionistic buzz saw through the contemporary myth that ‘all lives matter.’” It has been seen at National Black Theatre in Harlem, The Wilma Theatre in Philadelphia, and Know Theatre of Cincinnati, among others. The New York Times wrote that Kill Move Paradise “radiates an urgent and hypnotic theatrical energy.” Philadelphia Magazine called it “a deeply touching evening of theater” and wrote that “Ijames’ writing is vividly, singularly his own [and] has something profound and important to tell us. You shall be moved.” The Cincinnati Inquirer advised audiences to “lean back and allow the impact of it all to wash over you.”