Steppenwolf announces “Half Hour: A Steppenwolf Theatre Podcast,” a Steppenwolf produced, Ensemble member hosted, interview-style podcast that uses the most magical amount of time there is in the theatre — the half hour before a show begins — to sit down and make connections between artists in the Steppenwolf family. To hear their stories. To learn about their processes. And to discover what motivates them to create theatre. 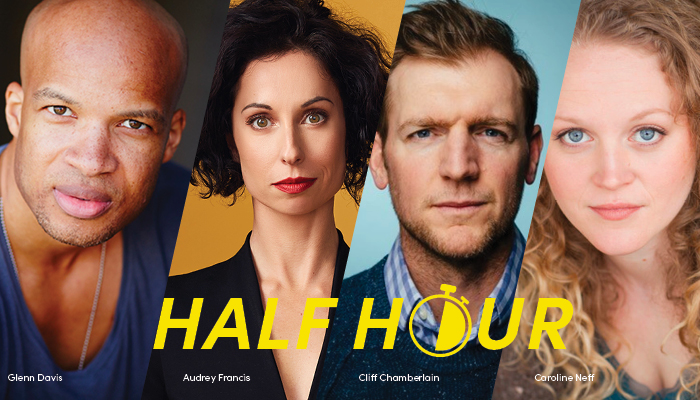 “Half Hour” is produced by Patrick Zakem, and recorded and engineered by Matt Chapman.

The first episode of the podcast will air in early April with special guest Steppenwolf co-founding ensemble member Jeff Perry. 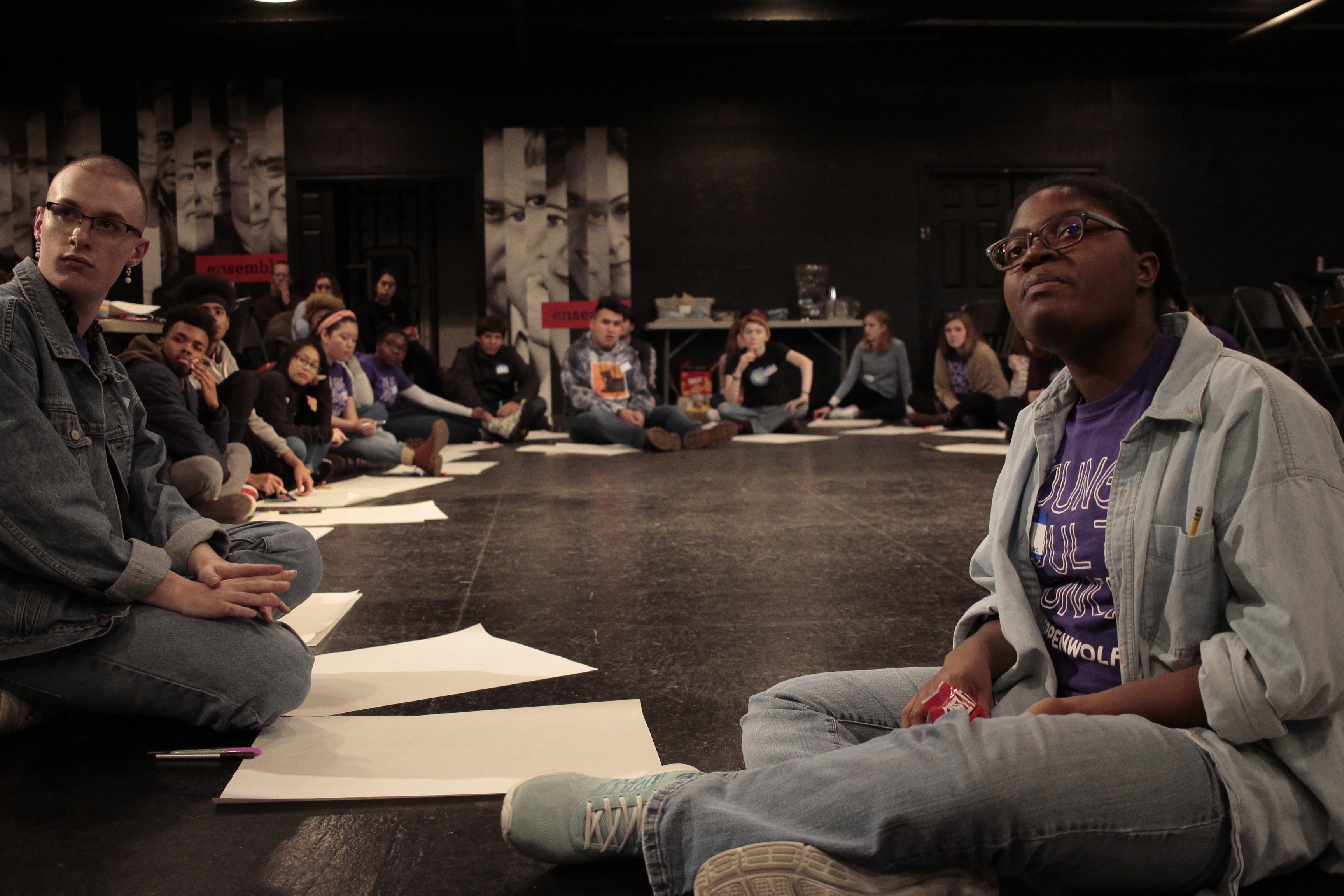 Steppenwolf Education is moving online and will be hosting several free virtual teen and educator workshops over the coming weeks. This week includes:

Using the Steppenwolf for Young Adults’ season theme “How Do You Navigate Family History While Trying to Write Your Own?” as the jumping off point, teens will gain tools to deepen their writing, learn more about individual writing processes, and will be able to dabble in creating some of their own material in a supportive, generative, creative virtual environment.

Open to all teachers, this workshop is an opportunity to participate in an activity they can take back to students once CPS reopens OR use in their distance learning with students. Using the poetry of Erika L. Sánchez, author of I Am Not Your Perfect Mexican Daughter, participants will delve into aesthetic education pedagogy and create together.

Steppenwolf Education celebrates the learner, maker and appreciator in each of us. Serving more than 20,000 students and teachers in the Chicagoland area each year with teen programs, in-school training, community and professional leadership programming Steppenwolf Education is committed to breaking down barriers to ensure access and equity for all. steppenwolf.org/education. #justbringyourself 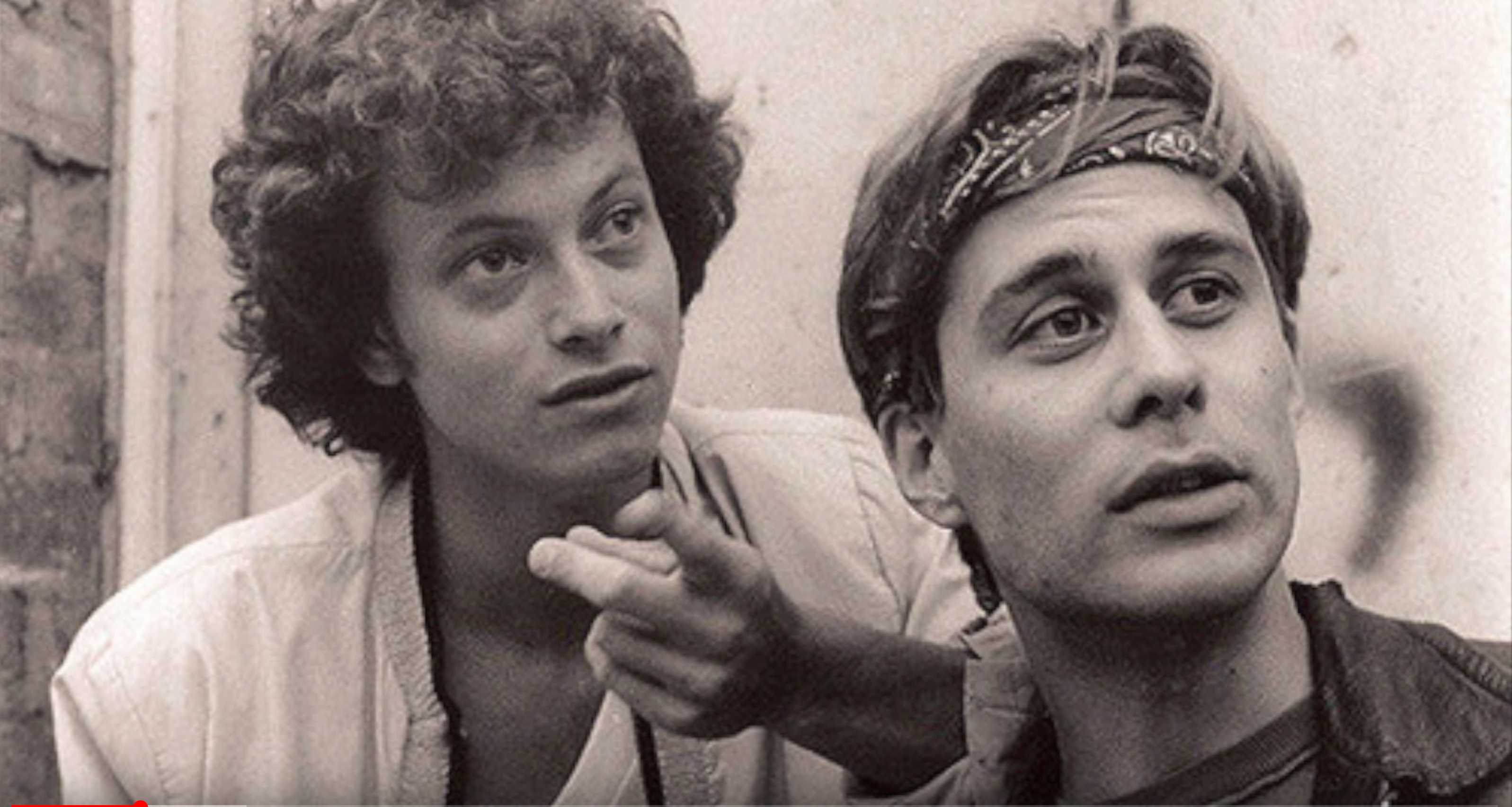 While the 40th anniversary video is now available to all, Steppenwolf Members will receive exclusive access to the company’s 25th anniversary Gala video. 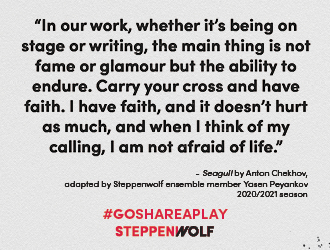 On social media, Steppenwolf launched a #GOSHAREAPLAY campaign, which features a quotes from past and upcoming plays that resonates with our current moment. The company is working with fellow theaters to feature quotes from the community as well. View posts here on Instagram.

Additionally, Steppenwolf’s production of Pass Over, which was made into a movie by Spike Lee, can be viewed on Amazon Studios.

Now available online is an AmazonSmile store with plays available for purchase written by Steppenwolf ensemble members. With this #GOREADAPLAY initiative customers have the opportunity to donate to Steppenwolf with every purchase. More info on Steppenwolf’s website.

Steppenwolf is exploring additional digital opportunities to keep audiences and artists connected. More details will be shared in the coming weeks.