Why My Child? Asks the "Mother of the Maid" - Review by Carol Moore 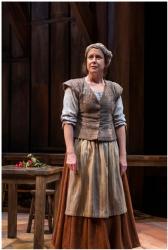 Isabelle Arc (Kate Fry) is a shrewd, hard-working, pious woman who supports her husband, Jacques (Kareem Bandealy), a prosperous sheep farmer, in all his endeavors. 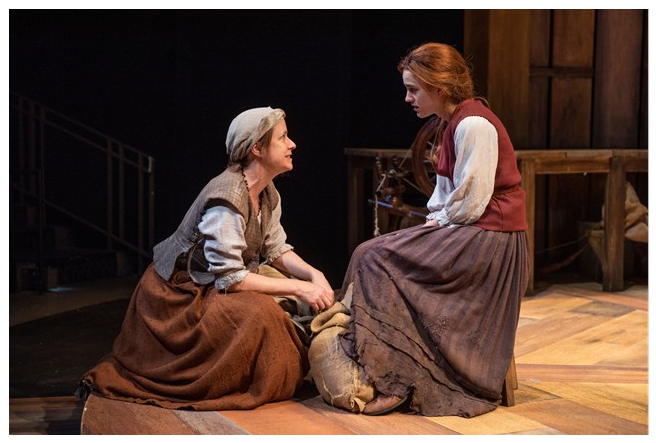 Isabelle shaped, scolded, indulged and loved her children, Pierre (Casey Morris) and Joan (Grace Smith), wanting the best for them in life.  Like most good parents, she tried to understand and support the best way she knew how, even when she learned that her Joan had been having visions of the saints.

Joan isn’t sure whether this is teen angst or the real thing, but Father Gilbert (Ricardo Gutierrez) believes it and he’s already told the bishop.  By the way, Joan’s description of her visions and the aura which precedes them sounded a lot like epilepsy to me.  Soon after, escorted by her brother, Joan goes off to court where she meets the Dauphin and tells him how to fight his war against the English.

Meanwhile, her mother is left at home to worry, so she sets out to see Joan.  She doesn’t have a horse or even a cart, so she walks all three hundred or so miles.  When she arrives, all tattered and dirty, she’s met by a Lady of the Court (Penelope Walker) who raves about Joan. 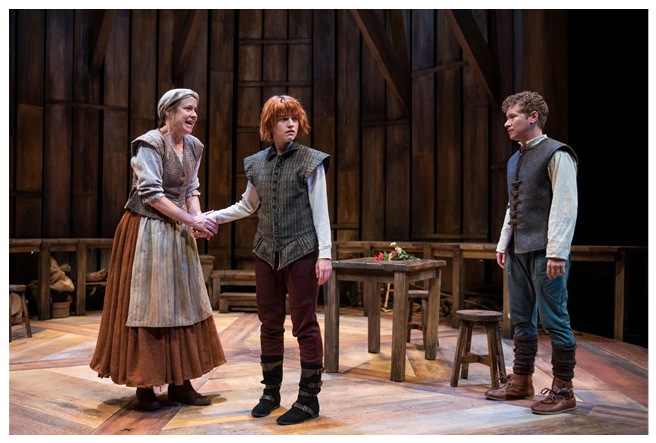 The broad strokes of Joan’s exploits are here, but this really is a play about her mother.  This woman had to watch her precious child march off to war, even order generals around, fight in battles, and eventually be captured and condemned to die as a heretic.  When Joan was locked up in the British dungeon, Isabelle went to her to offer comfort and love.  When she was burned at the stake, her father stayed with her every minute.

After Jacques died on the trip home, Isabelle returned to the farm for just a short while.  Eventually she bought a horse and cart and went off to get Joan’s reputation restored – which she accomplished.

My friend Johan, who teaches theology, thought this would be a play about Joan even though I’d told him the title.  As we were walking out, he said he had a whole new perspective.  My reply, “Even saints had parents.” 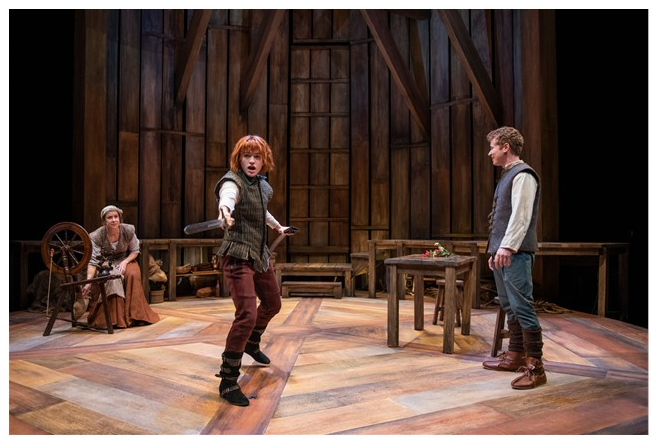 Scott Davis’s simple set is stunning.  It’s just series of wooden stairs and platforms with low shelves at the rear, but it goes from a simple farm dwelling to a royal residence with the addition of a banner bearing the fleur de lis.  The furniture, a table and a couple of stools, is equally versatile. All the props are stored on those shelves.  Izumi Anaba’s costumes are simple on the farm, more elaborate at court, and then there’s the armor. Wow!