Zany "What the Elf" - Review by Carol Moore 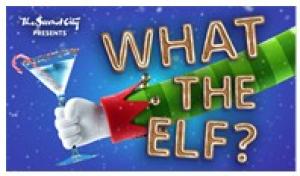 The cast, Maureen Boughley, Jenelle Cheyn, Javid Iqbal, Bill Letz, Tim Metzger and Yazmin Ramos, are wonderful performers with amazing comedy chops.  Their timing and delivery was spot on.  Individually and collectively they kept us in stitches.

By the way, if they ask the audience for something – like your favorite movie, TV show, song lyric, quote or even your grandmother’s favorite but tired saying – yell it out.  You never know, your idea could be part of a skit.

In just one skit, the entire cast joined together for a slightly altered Christmas Carol.  At key moments during the skit, someone would pick up a scrap of paper with one of the above.  It was hilarious.

A couple of my favorite highlights

What the Elf? is directed by Jeff Griggs and Carissa Barreca, with musical direction by John Love and Ryan Miera.  Kathrin Sparger and Isabel Patt are stage managers.

What the Elf? runs through January 1st in the UP Comedy Club, The Second City, 230 W. North Avenue, Chicago.  An excellent menu of fine drinks and bar-food goodies are available throughout the performance.  Running time is just about two hours, with an intermission. BUT for this show, the cast asks the audience if they’d like more comedy – of course they do – then after a 5-minute intermission, they return for a short third act.