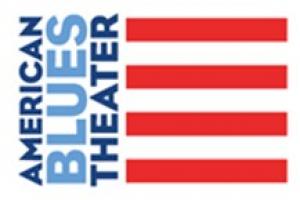 “The Room” is a new reading series that brings original work, plays in development, and new stories to Chicago audiences. Offering in-depth discussions as well as action steps for patrons that intersect with themes of the plays, “The Room” will run via Zoom monthly for the duration of the COVID-19 pandemic with the intent to transition into an in-person experience in the future.

Tickets are pay-what-you-can with a suggested donation of $10, and are currently on sale at www.AmericanBluesTheater.com or (773) 654-3101. Ticket holders will be sent a pre-reading email complete with instructions on joining the virtual reading via Zoom. Tickets are available until Friday, February 5 at 3:00pm. 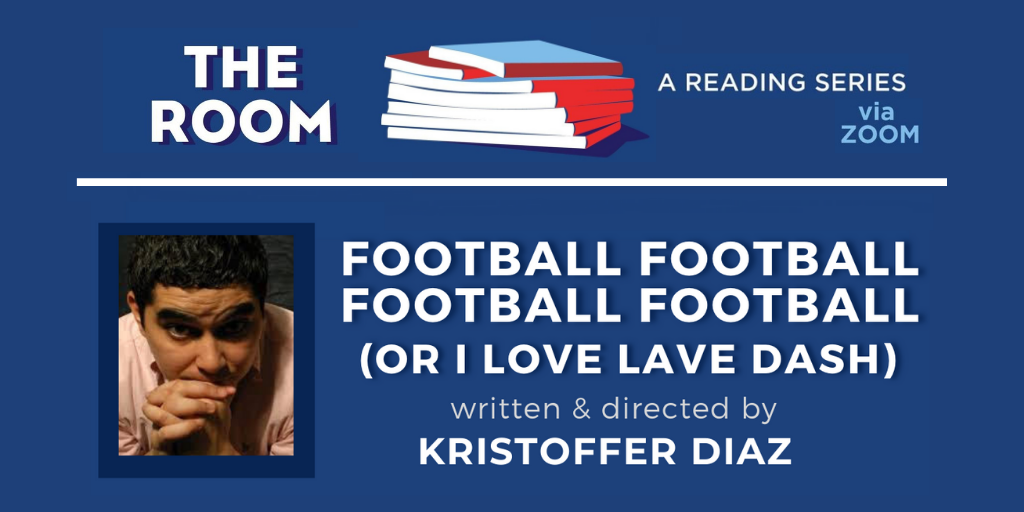 Artistic Director Gwendolyn Whiteside notes, “As longtime fans of Kristoffer Diaz, we’re honored to present this new, absurd comedy about masculinity and sports. We were introduced to the script during our 2020 Blue Ink Playwriting Award competition when it took the Featured Finalist prize. Sharing it nationally, with the staggering talent assembled by Kris, during America’s SuperBowl weekend is a gift.”

One professional football team must choose between two potential top draft picks: charismatic multiethnic finesse machine Lave Dash and salt-of-the-earth muscle monster Mervin Gufflinson the First. But when these two young legends join forces, it not only changes the game, but also all sports, and also the whole world, and maybe the entire universe. An insane comedy about masculinity, featuring an all-female cast.

Kristoffer Diaz he/him (playwright/director) is a playwright, screenwriter, musical librettist, and educator. His teaching interests include dramatic writing and contemporary US theater, with a special focus on new American plays and musicals. His play The Elaborate Entrance of Chad Deity was a finalist for the Pulitzer Prize in Drama, and has gone on to more than thirty productions nationwide. Other full-length titles include Hercules (adapted from the Disney film for the Joseph Papp Public Theater’s Public Works program), Welcome to Arroyo’s, #therevolution, The Upstairs Concierge, and The Unfortunates. His work has been produced, commissioned, and developed at The Public Theater, Dallas Theater Center, Geffen Playhouse, Center Theatre Group, The Goodman, Second Stage, Victory Gardens, Oregon Shakespeare Festival, Actors Theatre of Louisville, American Theater Company, The Atlantic, InterAct, Mixed Blood, The Orchard Project, Hip-Hop Theater Festival, The Lark, Summer Play Festival, Donmar Warehouse, and South Coast Repertory, among many others. Awards include the Guggenheim, Jerome, Van Lier, NYFA, and Gail Merrifield Papp Fellowships; New York Times Outstanding Playwright Award; Lucille Lortel, Equity Jeff, and OBIE Awards; and the Future Aesthetics Artist Regrant, among others. As a screenwriter, Kristoffer adapted the musical Rent for the Fox network, wrote on the Netflix series GLOW, and has developed original television pilots for HBO and FX. Kristoffer holds a BA from New York University’s Gallatin School of Individualized Study, an MFA from NYU’s Department of Dramatic Writing, and an MFA from Brooklyn College’s Performing Arts Management program. He teaches in both Gallatin and the Department of Dramatic Writing at the Tisch School of the Arts, and has been the artist-in-residence for Gallatin’s Summer Theater Lab since 2012. Kristoffer sits on the board of New Dramatists (where he is an alumni playwright) and the council of the Dramatists Guild.

Suli Holum she/her (Coach & others) is a Philadelphia based theatre performer and creator. Currently a member of the Wilma Theatre’s HotHouse Company, she was a founding member of Pig Iron Theatre Company, and Co-Artistic Director of Stein | Holum Projects, whose works include Drama Desk-nominated Chimera, and The Wholehearted.  She recently launched Suli Holum/The Work, a Philadelphia-based incubator for live performance. A recipient of a Drama Desk Award, a TCG/Fox Resident Actor Fellowship, a Barrymore Award, an Independence Fellowship, and a NEFA Touring Grant, she is also an accomplished playwright, choreographer and director whose work has been supported by the Orchard Project, Actors Theatre of Louisville, Playwrights Horizons, New Dramatists, the Playwright’s Center, The Ground Floor at Berkeley Rep, and HERE, and presented by FringeArts, The Public Theatre/UTR, La Jolla Playhouse, Center Theatre Group, Z Space and The Gate (London).  She is currently pursuing her MFA in Creative Writing at Goddard College where she was the recipient of the 2020 Engaged Artist Award.  Upcoming: HBO’s Mare of Easttown.

Tawny Newsome she/her (Intern & others) is an actor, musician and podcaster most known for her role as Captain Angela Ali in Space Force (Netflix), Gabby Taylor in Brockmire (IFC), and voicing Ensign Mariner on Star Trek: Lower Decks (CBS All Access). She’s the co-host of The Pod Directive, the Official Star Trek Podcast, and the co-host of comedy-meets-culture pod Yo is This Racist? As a musician she’s released albums with longtime collaborator Jon Langford, and recently a completely diy record with Chicago musician and actor Bethany Thomas. An alum of the Second City main stage, Tawny currently lives in LA, after getting killed off all the ambulance shows in Chicago. @trondynewman on all the things.

The diverse and multi-generational artists have established the second-oldest professional Equity Ensemble theater in Chicago.  As of 2020, the theater and artists received 221 Joseph Jefferson Awards and nominations that celebrate excellence in Chicago theater and 40 Black Theatre Alliance Awards. The artists are honored with Pulitzer Prize nominations, Academy Awards, Golden Globe Awards, Emmy Awards and numerous other accolades.