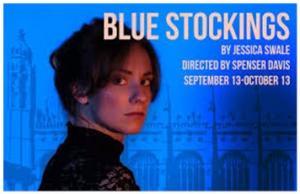 "Blue Stockings" tells the story of four female students at Girton College in 1896. Swale's script focuses most of the attention on the character of Tess (Heather Kae Smith), an aspiring astrophysicist, but also includes Carolyn (Elise Marie Davis), Celia (Julia Rowley) and Maeve (Imani Lyvette) as her fellow 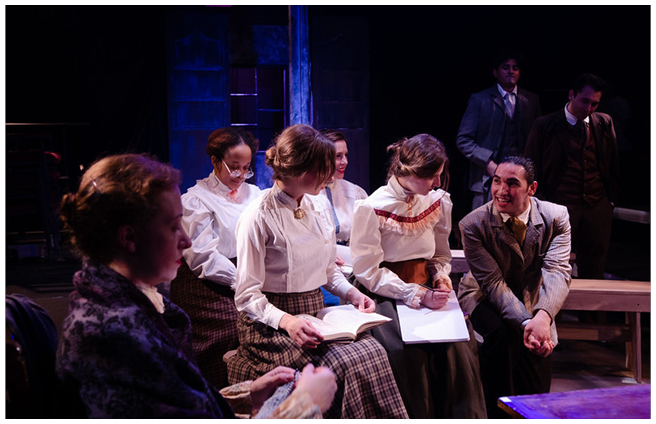 classmates. When she's not studying, Tess likes to spend time with her like-minded male friend Will Bennett (Martin Diaz-Valdes) but soon begins to develop romantic feelings for Ralph (Kevin Sheehan).

Smartly, Swale's play utilizes plenty of humor to make its point. The first act lays most of the historical groundwork so that things become much more personal in Act Two. Listening to the rhetoric that the male lecturers spout to their male students regarding the inadequacies of females is shockingly funny and borders on the absurd, but after you've had your laugh you're left with the sickening reality that this is what British society believed to be the case at the end of the 19th century. 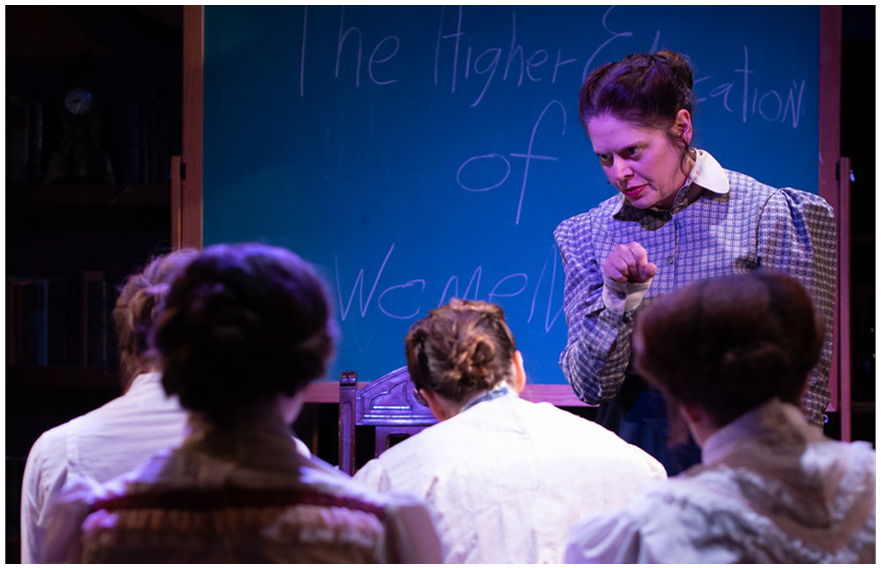 Some small tragedies do befall these women, especially regarding the character of Maeve, where the course of their lives are forever changed based strictly upon their womanhood. But there are far more lighter moments, such as a caper involving an attempted escape from a dormitory hidden in a wheelbarrow or the sheer joy that can be seen upon the face of Smith as Tess learns to ride a bicycle -- in her bloomers, nonetheless!  That was something that women just did not do, nor even think of doing.

These strong and very intelligent women, while fighting for their own advancement and recognition of their accomplishments, eventually may have joined or influenced the suffrage movement, which is a theme just making inroads in this play. Director Spenser Davis has double-cast nearly all of his male actors, so that they play both students and the professors or pseudo-father-figures who are shaping their minds. 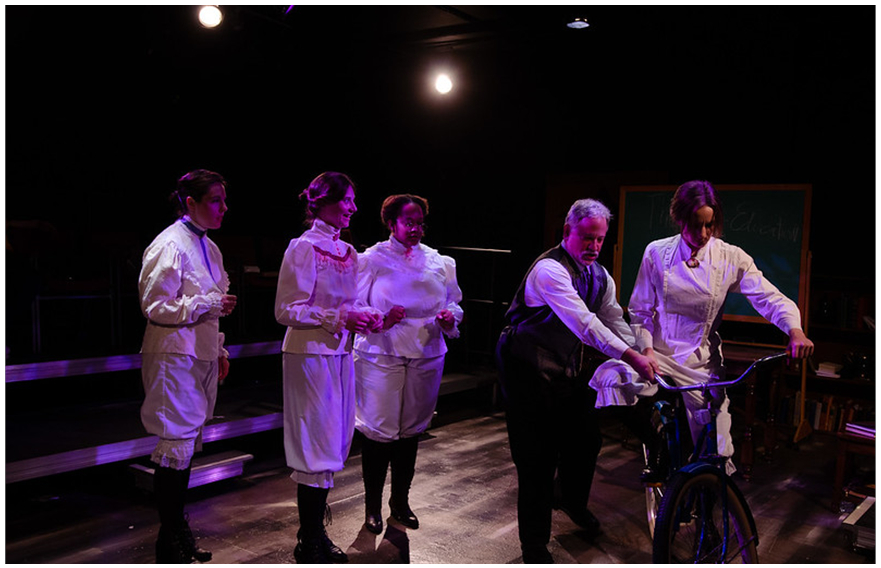 Incidentally, the term "blue stocking" was a derogatory phrase used by Brits to imply that someone was of inferior social standing. Most historians agree that The Blue Stockings Society, a sort of women's social and intellectual salon, got its name from publisher Benjamin Stillingfleet, who was not particularly wealthy and refused to purchase the more formal black silk stockings but chose to wear his every-day, ordinary blue wool stockings to the meetings instead. The female members, as an act of solidarity and to prove that they valued ideas over fashion, defiantly and proudly labeled themselves "Blue Stockings." Swale's wonderful work of the same name both honors and illuminates these women who demanded gender equality. 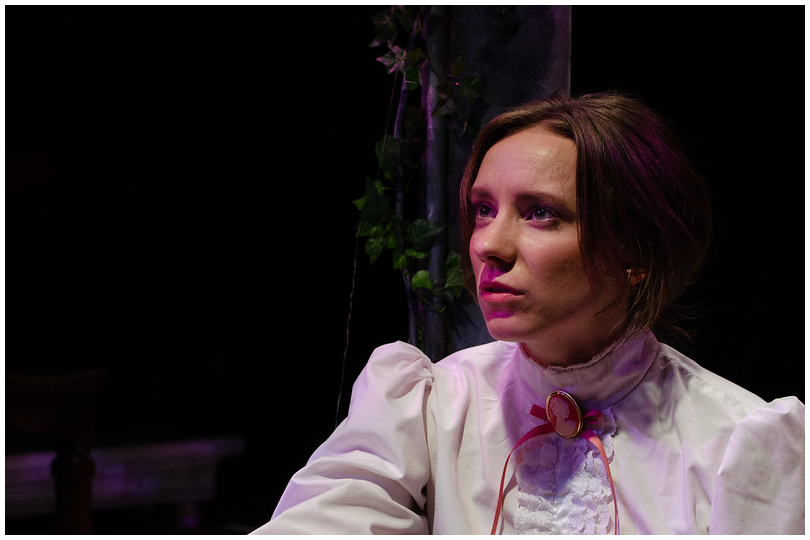 Performances: Thursdays through Saturdays at 7:30 PM and Sundays at 3:00 PM

Tickets available at The Den Box Office www.thedentheatre.com or call 773-697-3830

Running time is 2 hours and 30 minutes with one intermission.