"The King's Speech" is a Must-See - Review by Carol Moore 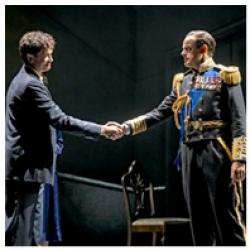 Chicago Shakespeare pulled out all the stops on this one – including importing talent from across the pond – Harry Haddon-Paton (direct from “Downton Abbey”) and Rebecca Night as the royal couple, James Frain as the brash Australian actor/speech therapist. 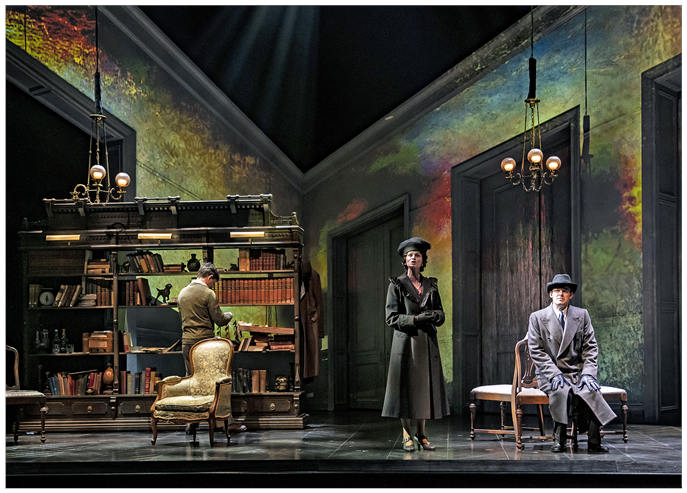 Then there’s Kevin Depinet’s impressive set.  I’m not sure how much was real, how much was projection, but the overall effect was awesome, all impressive wooden double doors and huge sweeping arches.  The palace furniture reflected wealth, while everything in the Logue’s flat was working-class.

As the second son, Prince Albert (Haddon-Paton), the Duke of York, was never meant to be king.  That duty was reserved for his older brother, David (Jeff Parker) who was trained by their father, George V (John Judd).  A shy man, “Bertie’ did his duty but was never comfortable speaking in public because he stammered.  Although he served in the military and toured countless factories, mines and shipyards, even earning the nickname ‘The Industrial Prince’, many of the ministers thought he was slow on the uptake. 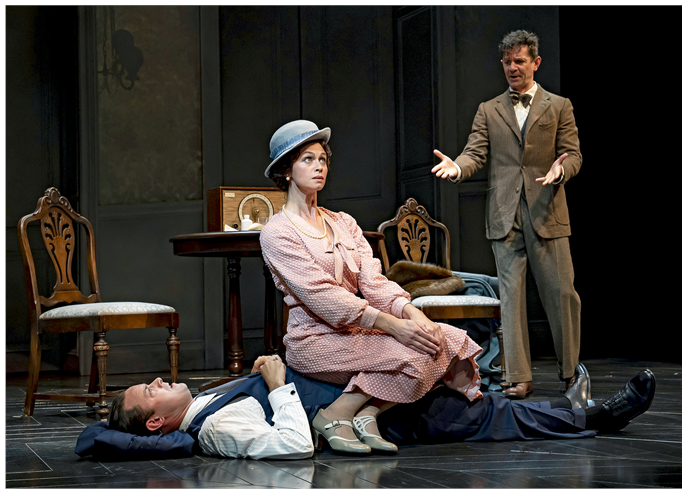 Lionel Logue (Frain), was an Australian who moved to London to be an actor, but he could never get a part.  In order to pay his bills, he reinvented himself as a speech therapist.  One day, he had a visitor, a mysterious, veiled Mrs. Johnson who asked a lot of questions.  When she informed Logue that he would have to come to her residence to with her husband, he rudely turned her down.  When she revealed herself as Prince Albert’s wife, Elizabeth (Night), Logue got a new client.

Logue’s wife, Myrtle (Elizabeth Ledo) hated London, and frequently begged her husband to go home.  She whined a bit much for me – at least until she got a new dress for the coronation.

Bertie went to Logue’s flat, but was put off by his attitude.  A few days later, forced to make a speech, he went back.  When Logue asked when he started to stammer, Berrtie revealed some things from 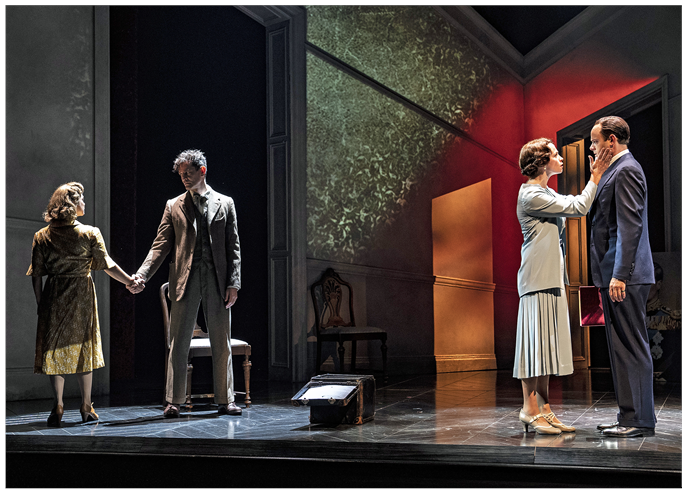 childhood.  He had a nanny who terrified him when he was very small.  He was left-handed, but his left hand was tied behind his back to force him to use his right hand.  He was knock-kneed, so they put him in painful steel braces to straighten his legs.  Bertie and Logue worked together, even developing a friendship – although Logue was way too informal for royalty.

When David became involved with Wallis Simpson (Tiffany Scott), people looked to Bertie to pick up the slack.  When the king died, David became King Edward VIII, but he continued to chase Mrs. Simpson.  Some conniving courtiers – Winston Churchill (Kevin Gudahl), Stanley Baldwin (David Lively) and Cosmo Lang (Alan Mandell), the Archbishop of Canterbury, who actually thought he had a chance to be king – tried to manipulate the situation.  Eventually, they forced Edward to abdicate and Bertie became King George VI – and successfully delivered an address to the nation on BBC Radio. 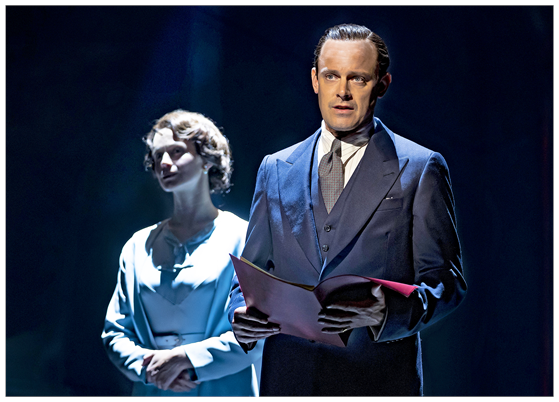 “The King’s Speech” runs through October 20th in the Yard at Chicago Shakespeare Theater on Navy Pier.  Parking is available at a 40% discount in the Navy Pier Garages with validation from CST.