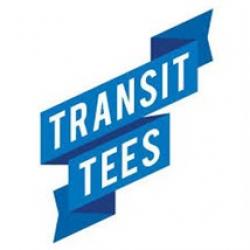 Chicago-based Transit Tees, a creative group that designs and produces products that appeal to Chicago locals and urban explorers, is excited to launch today its Chicago Handshake Drinking Card Game, the first Chicago-inspired drinking game. This card game is perfect for adults who enjoy Chicago trivia, traditions and nostalgia—and of course, those who love-hate Chicago’s notorious rite of passage: the Malört shot.

Combining a nostalgic 1930s design style with trivia questions from Chicago’s rich history, the Chicago Handshake Drinking Card Game will put players’ knowledge of the city to the test! For established Chicagoans, it’s also a great excuse to initiate new-to-Chicago friends with critical historical information and the time-honored tradition of drinking a real Chicago Handshake: a Chicago tallboy-style beer and a shot of Jeppson's Malört. At the end of this game, whoever has the most tokens must drink the Chicago Handshake sitting on the table, to their delight or horror!

Incorporating Chicago trivia on everything from specialty food to the blues and architecture to booze, this game is a little bit strategy, a little bit chance and a whole lot of fun! Players may be required to duel it out naming great Chicago monuments or musicians until someone just can’t remember one. The “Drag It Through the Garden” card gives players a chance to showcase their knowledge of the classic Chicago Style hot dog, and the “Deep Dish Discussion” card might cause a riot at the table. Players will also never forget the “Super Fan” card that will get everyone doing their best Super Fan accent! Challenge cards and a bartender doling out drinks at any time keeps things interesting in this 21 and up card game, for 2-12 players.

Transit Tees’ Chicago Handshake Drinking Card Game retails for $20 and is available online and in retail locations.  Find it at both Transit Tees locations in Wicker Park (1371 N. Milwaukee Avenue, Chicago) and Andersonville (5226 N. Clark Street, Chicago). The Chicago Handshake Drinking Card Game will also be available on the Jeppson's Malört website and at Garfield’s Beverage locations throughout Chicagoland. In addition, first run decks of the game will be sold as part of the launch event on November 8th. For more information, visit www.transittees.com/chicago-handshake-launch-party.

Get your favorite Chicago beer and a shot of Jeppson's Malört to play the new Chicago Handshake game at the public launch event, free and open to the public on Monday, Nov. 8th from 6-10:30 p.m. at CH Distillery, home of Jeppson's Malört, 564 W. Randolph Street in Chicago. Three time slots are available: 6-7:30 p.m., 7:30-9 p.m., and 9-10:30 p.m. Guests can play while enjoying $4 specials on real Chicago Handshakes throughout the night, plus light bites and a cash bar. RSVP at www.exploretock.com/chdistillery to get your free ticket or upgrade to one of three premium packages:

Even the Chicago Handshake itself has a long history in the city. Jeppson's Malört is Chicago’s local beskbrännvin—a style of bitter, wormwood-based Swedish schnapps. Sold as a medicinal alcohol during prohibition, it became a staple of every Swedish bar on Clark Street and the rest is Chicago history. For as long as most Chicagoans can remember, a shot of Malört and a classic Chicago beer have gone hand and hand… and have indeed been “weeding out the weak since 1933.”

“We’re a Chicago team working hard to create games that our friends and family will enjoy for years to come. The Chicago Handshake Drinking Card Game brings people together over Chicago trivia and creates a playful opportunity to watch someone you know drink a real Chicago Handshake, featuring the iconic Malört, of course,” said Transit Tees Owner and Founder Tim Gillengerten. “Plus, the card game is easy to transport to your favorite bar or friend’s party, for games on the go!”

The Chicago Handshake Drinking Card Game is locally conceptualized and designed in Transit Tees’ creative studio based in the Wicker Park neighborhood of Chicago.This soon-to-be classic game will remind players of the incredible culture that our Windy City has to offer.

Transit Tees, founded in 2001 by Tim Gillengerten, takes visuals from Chicago's metropolitan landscapes and transforms them into games, fashionable artwork, accessories, home goods and more. An official manufacturer for the Chicago Transit Authority, two recent games, the LOOP Card Game and EL Board Game, were runaway successes. Transit Tees locally designs, fabricates, and retails their signature brand online and at two storefronts in Wicker Park and Andersonville. Most store items are created in their design studio and produced on-site by in-house artists and craftsmen. For more information, visit www.transittees.com.

CH is Chicago's leading artisan spirits producer with an extensive portfolio including the only organic vodka made from Illinois grain and a variety of core and specialty spirits. Milled, mashed, and fermented from scratch using only the finest ingredients, CH products speak to their core values: sourcing locally, drinkability, high quality, and value. Founded in 2013, the name CH refers to the great city of Chicago and the fundamental compounds in alcohol, Carbon and Hydrogen. In September 2018, CH purchased Carl Jeppson Company and Jeppson's Malört®. Through the decades, Jeppson's Malört – a traditional wormwood-based liqueur – has been thought of as rite of passage or a hangover cure. For many Chicagoans, Malört is a drink that has helped define the Chicago bar experience. For more information, visit https://chdistillery.com