"The Niceties" - Review by Carol Moore 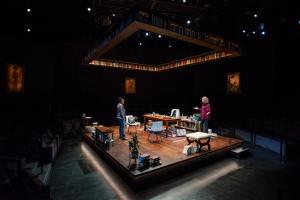 “How should we tell the story of America?” is the question posed on an insert in the program for “The Niceties”.  It begs us not to choose sides in what is described as a provocative battle of ideas with no heroes and no villains.  It goes on to say that both characters say things that are true and things that are uncomfortable to hear.  I think it goes much further than that – ultimately, one character was obsessed with vengeance - which is the reason I didn’t like it. 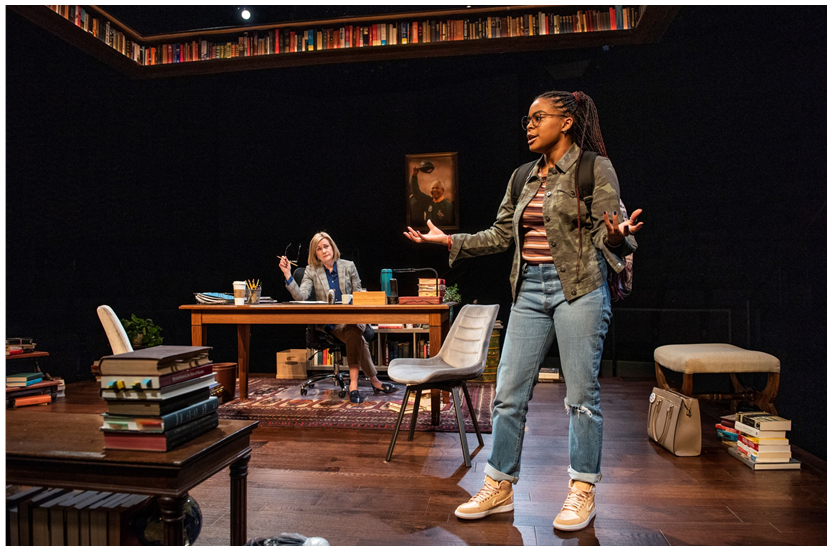 Janine (Mary Beth Fisher) is a history professor at a prestigious eastern university.  She’s had to fight her way up through the old-boy network, but now she’s a professor who has had several books published which have been well received.  She’s kind of smug and condescending because of what she’s accomplished.  As a historian, she believes everything included in a book or even in student’s paper pertaining to history must be documented by more than one source.

Zoë (Ayanna Bria Bakeri), a junior taking Janine’s class in Political Revolutions throughout History, has turned in a paper early (well before the deadline).  Janine has called her into the office to talk about the paper.  After telling Zoë that she has great potential, Janine says that Zoë wrote a creative paper but it is unacceptable because there are no footnotes – except for on from a questionable internet site. 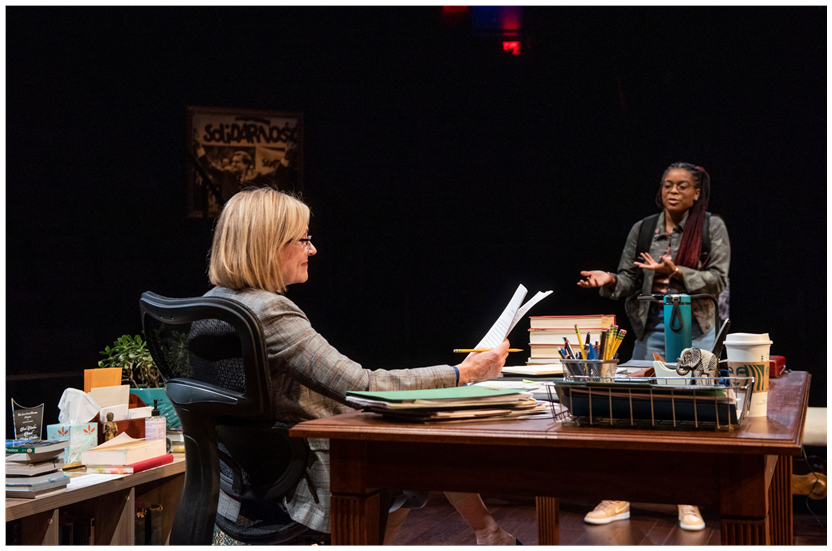 Zoë explains that she really needs a good grade on the paper so she can graduate and get the job of her dreams.  Janine returns that history requires documentation, even doing a tiny bit of bragging about all the research that went into her books.  She says that Zoë’s paper attributing the success of the American Revolution to slavery, was creative writing.  When Zoë defends her premise and mentions the difficulty of finding any research on the subject, Janine offers help and reference books.

Zoë explains that she doesn’t have time to work on the paper this weekend, she’ll be busy protesting an appearance on campus of Sandra Day O’Connor.  Janine laughs in disbelief, unable to believe Zoë would protest the first female Supreme Court Justice, but Zoë has a different perspective, listing all O’Connor’s decisions that hurt African-Americans. 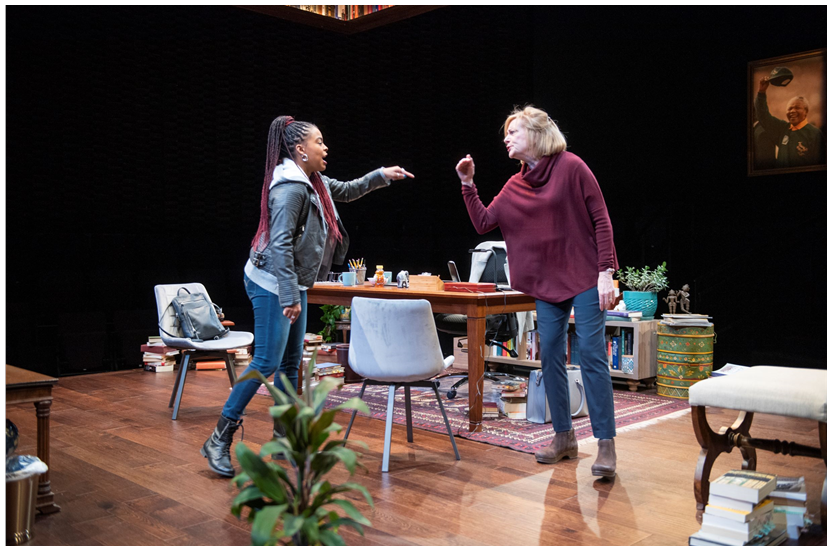 Janine believes that America is a shining example of democracy, Zoë says it is and engine of racial oppression.  The longer the conversation goes on, the more Zoë provokes Janine, until finally she gets riled and says the unacceptable.  Zoë picks up her phone, plays back the conversation and posts it on the internet.

In Act II, Janine shares some of her background with Zoë.  She’s the daughter of Polish immigrants who got scholarships to college.  She’s married, but her spouse is a woman.  Zoë grew up in an affluent suburb.  Janine said her mother cleaned houses there.  She tries to draft a joint statement with Zoë, but her demands grew more and more outrageous.  Eventually, Janine says she’s gone through her career trying to be the best she can and then one day makes a mistake and suddenly that mistake is all anyone can see.  Then she asks the ultimate question, why me?  Zoë has evidently decided to ruin Janine.  In fact, she said that anyone else can be better, that’s why I want you gone.