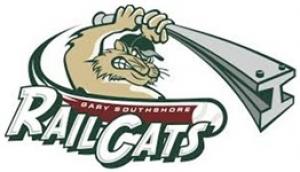 “Our fans will see some familiar names on the roster this season,” said RailCats Manager, Greg Tagert. “We are excited about this group of players to provide the foundation for a successful season in 2020.”

Catcher, Jackson Smith returns to the RailCats in 2020 after being signed in 2019 after playing for the Westside Woolly Mammoths of the United States Professional Baseball League (USPBL) following his senior season at Corban University in 2018. In three games in 2019, Smith recorded eight at bats, two hits with two doubles and one RBI. Smith finished the season with a .250 batting average.

The RailCats have signed infielder, Jay Prather to his first professional contract. The University of North Florida graduate was named to the Atlantic Sun (ASUN) First Team All-Conference in 2019 along with being named a College Sports Madness player of the week. Prather had a breakout senior season finishing with a .307 batting average in 57 starts, collecting 44 runs, 10 doubles, two home runs, and 29 RBIs.

Pitcher, Trevor Lubking returns to the RailCats following his rookie season with the club. During the 2019 season Lubking appeared in 24 games with 139 innings pitched, securing six wins, 108 strike outs and a 4.53 ERA.

David Griffin returns to the RailCats pitching staff in his second professional contract. Griffin appeared in 12 games in 2019 with 27.2 innings pitched.  He finished the season with a 3.57 ERA, with two wins, and 22 strike outs.

Outfielder, Raymond Jones returns to the RailCats in 2019 for his second season with the club. The San Diego native made appearances in 65 games with 209 at bats. Jones finished the season with a .215 batting average with 45 hits, 17 runs, six doubles, two triples, three home runs and 28 RBIs.

Tom McCarthy, RailCats infielder, returns for his second season after his first pro contract with the club. In 2019, McCarthy slashed .286/.450/.286/.736. He finished the season appearing in six games with 14 at bats, one run, four hits and one RBI.

Infielder, Tom Walraven, also returns to the ‘Cats this season. This will be the infielder’s third season with the club. In 2019, Walraven appeared in 62 games with 203 at bats. He finished the season with 61 hits, 10 doubles, six home runs, 31 RBIs and a .300 batting average.

Right-handed pitcher Jack Alkire returns for his second season with the RailCats. Alkire finished the 2019 season with a 3.70 ERA , 22 appearances, 44 strike outs, one win, one save and 34 innings pitched.

Justin Sinibaldi is back for his second season with the RailCats. In 2019, Sinibaldi appeared in 25 games and 118 innings pitched. The right hander recorded six wins, a 2.74 ERA and 76 strike outs.

Ticket and group packages for the 2020 Gary SouthShore RailCats season are available online at railcatsbaseball.com and can also be purchased by calling the RailCats ticket line at (219) 882-BALL.