The red folder belongs to a first grader. It is the source of all his woes. Years later, he seeks vengeance.

Playwright Rajiv Joseph shares, “I’m really excited about this piece, it’s unique I think; it’s something I never would’ve conceived of doing outside of the restrictions that the pandemic has imposed on us.” 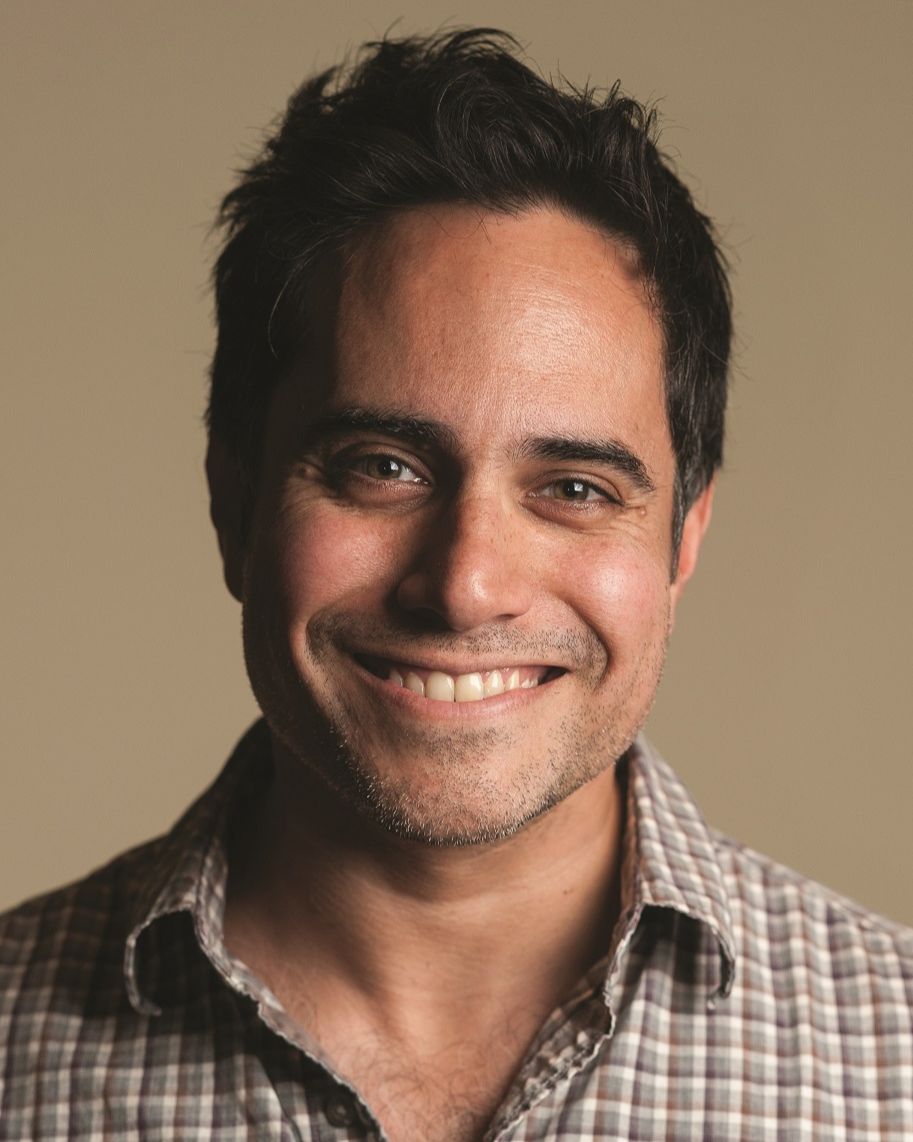 Rajiv Joseph joined the Steppenwolf ensemble in 2018. His play Bengal Tiger at the Baghdad Zoo was a 2010 Pulitzer Prize finalist for Drama and also awarded a grant for Outstanding New American Play by the National Endowment for the Arts. He has twice won the Obie Award for Best New American Play, first in 2016 with Guards at the Taj (also a 2016 Lortel Winner for Best Play) and in 2018 for Describe the Night. Steppenwolf produced Guards at the Taj to acclaim in 2018 and will produce the world premiere of King James in a future season (the original 2020 production was postponed due to COVID-19). Other plays include Archduke, Gruesome Playground Injuries, Animals Out of Paper, The Lake Effect, The North Pool and Mr. Wolf. Joseph has been awarded artistic grants from the Whiting Foundation, United States Artists and the Harold & Mimi Steinberg Charitable Trust. He is a board member of the Lark Play Development Center in New York City, where he develops all his plays. He served for three years in the Peace Corps in Senegal and now lives in Brooklyn, NY.

Carrie Coon (Narrator) joined the Steppenwolf Theatre Company ensemble in 2019 and was last seen at Steppenwolf in ensemble member Tracy Letts’s Bug, for which she won a Jeff Award. Other Steppenwolf credits include Mary Page Marlowe, Tracy Letts’s adaptation of Three Sisters, The March and Edward Albee’s Who’s Afraid of Virginia Woolf? as “Honey,” a role that led to a Tony nomination and a Theatre World Award. She won a Critics’ Choice Television Award for her performance in HBO’s The Leftovers and a TCA Award for Individual Achievement in Drama for her performances in HBO’s The Leftovers and FX’s Fargo. For her performance in Amy Herzog’s world premiere Mary Jane, she garnered a 2018 Lucille Lortel Award, an Obie Award and a Drama Desk Award nomination. Recent films include The Nest with Jude Law, Ghostbusters: Afterlife and upcoming historical drama TV series The Gilded Age by Julian Fellows.

The original piano score was created using a technique called microtonality—an approach to tuning that gives access to the "notes between the notes.” Careful application of the technique can saturate musical flavors, making it possible to create harmonies and timbres with a subtly heightened clarity and harmonious glow.

Composer Chris P. Thompson shares, “Rajiv's piece really resonated for me as a picture of how adults impose the anxieties and complexity of their world onto children. I found the palette of microtonality to be perfect for expressing that range. It begins simply, with pure-tuned piano and basic synthesizer waveforms. As fear and anxiety mount, the simple sounds of the score become more odd, dissonant and cutting. The synthesizer sounds gradually grow teeth. Eventually, the score is practically putting giant fists down on an out-of-tune piano.”

Chris P. Thompson (Original Music) composes electronic and acoustic music that tells stories and paints pictures of potent emotional states. His third solo album, True Stories & Rational Numbers, was released in October of 2020. Well-known in contemporary music circles as a longtime percussionist in Alarm Will Sound and the American Contemporary Music Ensemble, he has participated in the world premieres of over a hundred new works and can be heard on 30 studio albums. He has appeared or collaborated with an eclectic range of artists and ensembles including Björk, Dirty Projectors, Foxing, Medeski Martin & Wood, the Metropolitan Opera, Nico Muhly, and Tyondai Braxton. chrispthompson.com

Access to Red Folder is available with the purchase of a Virtual Membership to Steppenwolf NOW, which includes all six productions for only $75. Once released, all productions are available for members to stream through August 31, 2021. Discounted $50 memberships are available to essential workers, artists, students and teachers. Note: 20/21 Classic Members, Black Card holders and RED members receive Steppenwolf NOW content for free. Single tickets to Steppenwolf NOW shows are not available. For more info or to purchase, visit steppenwolf.org/now or call Audience Services at 312-335-1650.

Red Folder is the third of six breakthrough stories—all of varying formats and lengths—written by America’s most talented voices to be released on the Steppenwolf NOW virtual stage over the coming months.

This past fall, Steppenwolf NOW launched with the filmed play, What Is Left, Burns by James Ijames and directed by Whitney White, now available to stream through August 31, 2021. The virtual production has received critical acclaim—the Chicago Tribune raves, “I was completely gripped…Ijames is going to be an important American writer — Steppenwolf is smart to embrace him in this innovative way.” WTTW shares, “this is the most artfully realized virtual theater production I’ve seen to date, with two expert, ideally paired actors.”

What Is Left, Burns was followed with Wally World by Isaac Gómez and co-directed by Isaac Gómez and Lili-Anne Brown. This two-act radio play, centering on a group of superstore employees on the night of Christmas Eve, was called “richly evocative” and “refreshing” by the Northwest Herald. The piece is directly inspired by Gómez’s own mother, who is the store manager of a big box store in El Paso, Texas, where the piece is set.

The full lineup of Steppenwolf NOW virtual productions is listed below.

Press are welcome to review; RSVPing grants access to all six productions on the virtual stage. If you have already RSVPed to What Is Left, Burns and/or Wally World, you will automatically receive access to Red Folder on January 27th (the same login applies). If you’d like to RSVP, please email Madeline Long, mlong@steppenwolf.org.

Steppenwolf NOW is streaming across the globe with members in more than 300 cities, all 50 states, 19 countries and counting! View the interactive virtual map >> here.

Productions will be released throughout the year and members are able to stream all Steppenwolf NOW content through August 31, 2021 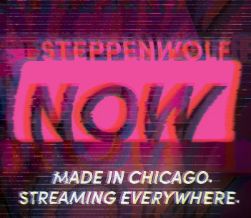 What Is Left, Burns

Two poets separated by age and distance engage in a video call rendezvous after fifteen years. Keith, a distinguished poet and professor of literature is moving towards retirement after a recent divorce from his wife. Ronnie, his younger former lover and mentee, has a New York Times bestselling book and a burgeoning career ahead of him. The two men wade through the connection they once had as they struggle with the desires that still bind them.

James Ijames and Whitney White are the same team behind The Most Spectacularly Lamentable Trial of Miz Martha Washington, which had to postpone its Steppenwolf debut this past April due to the pandemic. More info on What Is Left, Burns at steppenwolf.org/whatisleftburns.

It's Christmas Eve and a group of Wally World employees are about to lose it. On the one day of the year the mega-department superstore is supposed to close its doors, tensions between co-workers threaten to destroy more than their holiday cheer. Their manager Andy is doing everything in her power to keep her store in line and her employees in check. But can she be everything at once: caring, efficient, protective, firm and kind? Wally World is a festive, poignant examination of finding magic in the mundane, as ten employees do all they can to find purpose in a place that has never seen purpose in them.

The red folder belongs to a first grader. It is the source of all his woes. Years later, he seeks vengeance.

A Royal Wedding is looming. The Duchess and The Soon-to-be-Duchess are meeting face to face for the first time to go over everything you ever needed to know to become a duchess. There are rules. There’s a way of doing things. Remember, everybody is watching. And you don’t want to know what happens if you step out of line. Duchess! Duchess! Duchess! looks at the hidden costs of being the “luckiest girl in the world.”

What does community mean? And what do we owe to one another? When a man who has been shunned by his town makes a deal on behalf of it with a mysterious stranger, he must stand before his community to ask for forgiveness in hopes that they might answer these enduring questions as they determine his fate. Through poetic verse and music, this work challenges our capacity to forgive and our ideas of mercy and who might deserve it.

Ages of the Moon

Byron and Ames are old friends, reunited by mutual desperation on a hot summer day. As day turns into night and the bourbon keeps flowing, they sit, reflect and bicker about fifty years of love, friendship and their rivalry.

United Airlines is the Official and Exclusive Airline of Steppenwolf. ComEd is the Official Season Lighting Sponsor. Steppenwolf Education Virtual Workshops are made possible by The Ralla Klepak Foundation for Education in the Performing Arts. Lead Sponsor of Accessibility, John Hart and Carol Prins.

Steppenwolf Theatre Company is a Chicago theater that is home to America’s ensemble. The company began performing in the mid-1970s in the basement of a Highland Park, IL church—today Steppenwolf is the nation’s premier ensemble theater with more than 50 members who are among the top actors, playwrights and directors in the field. Groundbreaking productions from Balm in Gilead and August: Osage County to Downstate and Pass Over—and accolades that include the National Medal of Arts and 12 Tony® Awards—have made the theatre legendary. Artistic programming includes a main stage season, a Steppenwolf for Young Adults season, LookOut, a multi-genre performances series and Steppenwolf NOW, a new virtual programming stream. The nationally recognized work of Steppenwolf Education engages more than 20,000 participants annually in Chicagoland communities promoting compassion, encouraging curiosity and inspiring action. Deeply rooted in its ensemble ethos, the company is committed to equity, diversity, inclusion and making the Steppenwolf experience accessible to all. While firmly grounded in the Chicago community, more than 40 original Steppenwolf productions have enjoyed success nationally and internationally, including Broadway, Off-Broadway, London, Sydney, Galway and Dublin. Anna D. Shapiro is the Artistic Director and E. Brooke Flanagan is the Executive Director. Eric Lefkofsky is Chair of Steppenwolf’s Board of Trustees.