A Red Orchid Theatre and Porchlight Music Theatre announce the collaboration WAR OF THE WELL(e)S, an audio drama adaptation of the stage play written by Porchlight Artistic Director Michael Weber and directed by A Red Orchid Ensemble Member Lawrence Grimm. Serving as a joint fundraiser for A Red Orchid Theatre and Porchlight Music Theatre, these two Chicago institutions have teamed up to produce a compelling audio drama adaptation of Michael Weber’s stage play telling the behind the scenes story of Orson Welles’ historic 1938 recording of the H.G. Wells novel “The War of the Worlds.” Performed by a group of venerated Chicago actors, WAR OF THE WELL(e)S will be available via audio link July 1-31, 2020. Tickets are available at www.aredorchidtheatre.org with a pay-what-you-will policy; patrons who are able are encouraged to make a larger donation to this virtual fundraiser.

WAR OF THE WELL(e)S is a fascinating look at one of the most bizarre moments in American history. The story of a notorious evening of panic and mass hysteria, the play is an insider’s account of the players and circumstances that collided one fateful autumn evening on the eve of World War II.

Halloween Eve, 1938. A shaken America struggles to recover from economic collapse as Hitler threatens the future of the Free World. At 8:00 p.m., Eastern Standard Time, our nation is attacked...by the planet Mars.

An audacious “boy wonder” named Orson Welles has envisioned the most terrifying hour of radio ever presented and what emerges from the CBS airwaves that night will send an anxious population to the streets in mass hysteria. It was indeed a war of the worlds, pitting a daring, modern medium against a stunning abandonment of common sense. This is the true story of the legendary event that forever changed the rules of broadcasting while igniting the meteoric rise of an unbridled superstar.

WAR OF THE WELL(e)S was included as part of the New Plays Festival at Marshall University, WV, and has had readings at Chicago’s A Red Orchid Theatre and BoHo Theatre.

Playwright Michael Weber stated, “The story of ‘fake news’ in American media goes back to the origins of organized mass communication in all its forms. One of the most astonishing occasions was the moment when 23 year old director/actor/writer Orson Welles exploited the anxiety of radio listeners in the grip of the great depression and under the threat of potential Nazi domination of the planet when he and his lauded Mercury Theatre on the Air chose to present H.G. Wells’ celebrated alien invasion fantasy as though it were a special news report unfolding in real time. The record of that night is a cautionary tale of the potential devastating power of the medium of broadcast and, more, the power of the human imagination.” 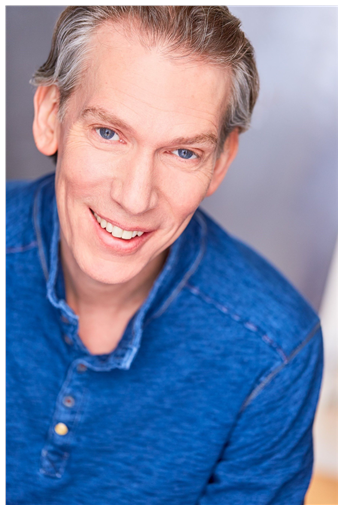 Director Lawrence Grimm comments, “Pre-pandemic, I had been a fan of Michael’s play and wanted to see it done for some time, but we had not found the right fit. The night the first stay at home order was announced, I went to bed thinking about how many in the media were talking about historic precedents for what Covid was doing to our country: the Spanish Flu, SARS and the AIDS crisis. I thought back to that 1938 Martian invasion and it struck me that regardless of circumstances, our human response to fear and uncertainty really doesn’t vary over time.”

Grimm continues, “So many of us in theater are looking for meaningful ways to artistically connect as artists while also maintaining that intimacy in storytelling with our audiences. The audio drama platform offers the opportunity to do both while igniting the imaginations of both performer and audience member.”

With a cast of 25 actors from New York to Chicago to  Los Angeles, all on hiatus from their respective Broadway, storefront theatre and film and television commitments, the audio drama opens the door on a behind-the-scenes portrait of the original Mercury Theatre production pioneered by Orson Welles and John Houseman, and reveals the ways in which Americans’ heightened sensitivity to fear and uncertainty quickly led to a panicked hysteria across much of the country in 1938.

Tickets to this virtual fundraiser are on a pay-what-you-will basis; patrons who are able are encouraged to make larger donations to support these two Chicago theatre mainstays. Upon purchase online at www.aredorchidtheatre.org, patrons will be supplied with a virtual production program and a link to listen to WAR OF THE WELL(e)S. The audio recording will be available July 1-31, 2020.

As the home for music theatre in Chicago now in its 25th season, Porchlight Music Theatre is nationally recognized for reimagining classic productions, developing new works and showcasing musical theatre’s noted Chicago veterans and rising stars. Porchlight elevates the genre by providing intimate and powerful theatrical experiences of music theatre through the lens of the “Chicago Style.” The 2017–2018 year marked a milestone for Porchlight as the company became an Artist In-Residence at the historic Ruth Page Center for the Arts in Chicago’s Gold Coast. Porchlight’s rich history includes the staging of more than 70 productions with 15 Chicago premieres and five world premieres. Through Porchlight’s “Off the Porch” new works program, the musicals of the next generation are developed and given a first audience. Porchlight's education programming serves schools, young artists, hobbyists and emerging professionals. Its musical theatre summer camps return for the fourth smash year in 2020 developing skills in young performers and offering scholarships to qualifying students. The company’s many accolades include 30 Black Theatre Alliance nominations and 12 awards, as well as a total of 167 Joseph Jefferson Award nominations resulting in 42 Jeff Awards including five consecutive Best Production awards for The Scottsboro Boys (2017), Dreamgirls (2016), Sondheim on Sondheim (2015), Ain’t Misbehavin’ (2014) and A Class Act (2013).

About A Red Orchid

A Red Orchid Theatre has served as an artistic focal point in the heart of the Old Town community of Chicago since 1993 and was honored with a 2016 MacArthur Award for Creative and Effective Institutions. Over the past 27 years, its Resident Ensemble has welcomed into its fold an impressive array of award-winning theatre artists with the firm belief that live theatre is the greatest sustenance for the human spirit. A Red Orchid is well known and highly acclaimed for its honest and rigorous approach to performance and design in the service of unflinchingly intimate stories.