TheatreSquared’s Tiny Beautiful Things, which runs through November 5th, is based on the true story of Cheryl Strayed (Wild) from her time as the beloved anonymous advice columnist, "Dear Sugar." Nia Vardalos, the Academy Award-nominated writer of My Big Fat Greek Wedding, has adapted Strayed’s journey for the stage to widespread critical acclaim. High-definition streaming will be available starting November 12.

A celebration of the simple beauty of being human, this story is a funny and deeply touching exploration of resilience. Over the years, thousands of people turned to Sugar for words of wisdom, compassion, and hope. At first unsure, Sugar finds a way to weave her own life experiences together with the deep yearning and heartrending questions from her readers. 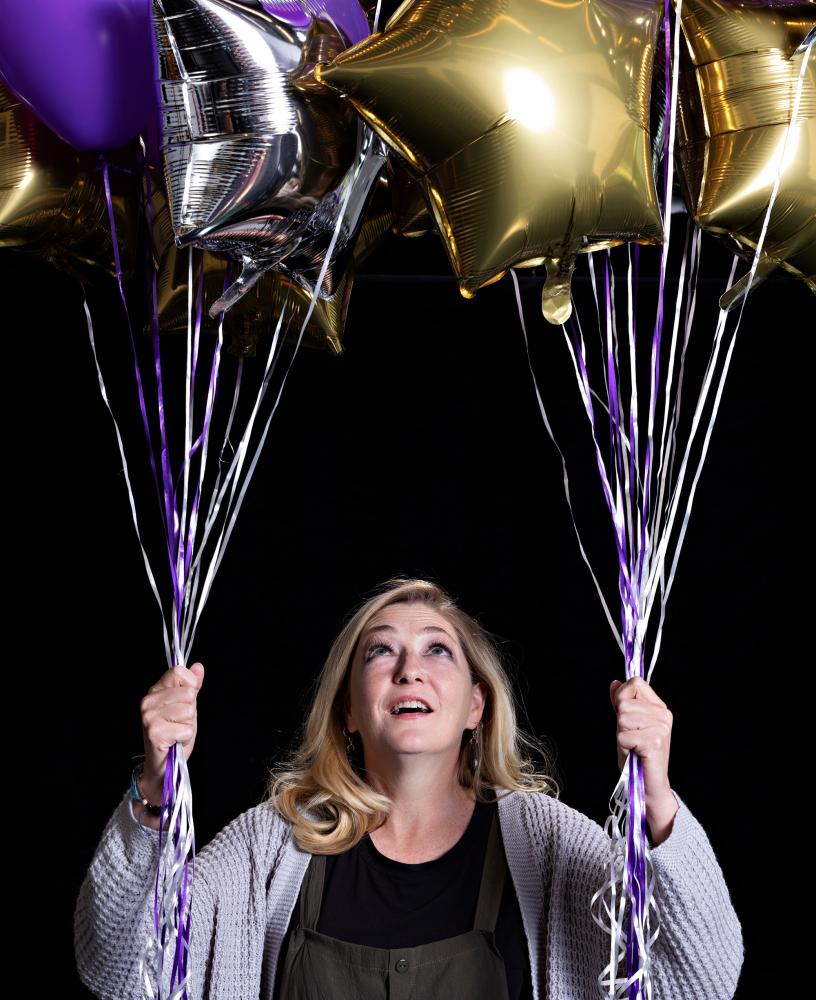 T2 favorite Rebecca Harris (The Half-Life Of Marie Curie, Good People, Blind Dates) leads the show as Sugar. Called "impeccable, compelling, and entirely believable" (Wall Street Journal)  in her performance as Marie Curie last fall, she is sure to bring the same level of performance to the regional premiere of Tiny Beautiful Things.

Tiny Beautiful Things kicks off T2’s Season 16.  After TheatreSquared’s return to live performance in April, T2 celebrated its best-attended production in its 15-year history with Matilda: The Musical presented at Fayetteville Public Library, with the smash-hit world premiere of Designing Women now on stage. The return to in-person performance comes after a year of streaming work featured among the "Top Theatre of 2020" by The New York Times along with recognition as an "outstanding drama company" by The Wall Street Journal.

Performances of Tiny Beautiful Things are scheduled Tues-Sat at 7:30pm, and Sat and Sun at 2pm at TheatreSquared in 477 W. Spring Street in downtown Fayetteville, Arkansas.  Tickets range from $18 -$58. All fees are included, with no additional charges at checkout.

Subscription packages for TheatreSquared include full seven-play packages starting at $119, with four-to-six-play flex packages starting at $89. Benefits for season ticket holders include savings of up to 20% on every show, free unlimited exchanges, discounted reserved parking, and same-day discounts in the Commons Bar/Café and other T2 Restaurant & Hotel Partners.

Through T2’s Lights Up! For Access program, supported by the Walmart Foundation, SNAP benefit recipients can purchase $1 tickets, while students and patrons under the age of 30 can purchase $10 tickets. Fully subsidized, free tickets are also available for clients of a number of local community service organizations. For more information, visit theatre2.org/lights-up.

Subscription packages and single tickets can be reserved by calling TheatreSquared at (479) 777-7477 or by visiting theatre2.org/subscribe.