Very Human "Roe" Is a Must-See - Review by Carol Moore 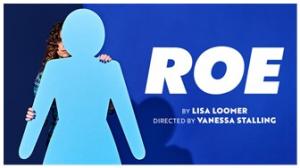 Norma McCorvey (Kate Middleton) got pregnant after a one-night stand.  Her mother had forced her to give her first baby up for adoption and she didn’t want to go through that again, so she went to see a lawyer about getting an abortion.  The lawyer couldn’t help with the abortion but did arrange another adoption, and referred her to Sarah Waddington. 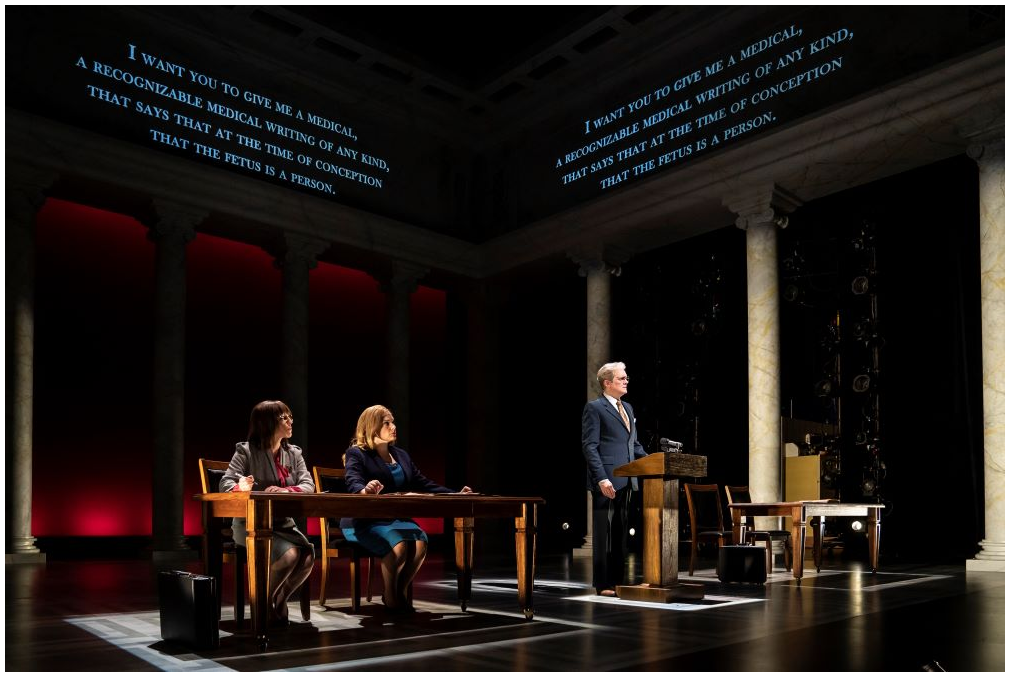 When Sarah Weddington, a young attorney filed suit against the Dallas DA who was responsible for enforcing the anti-abortion statute, she used McCorvey as her plaintiff, using the name “Jane Roe” to protect her identity.  A three-judge district court ruled against the statute, but the state of Texas appealed, landing the case in front of the Supreme Court.  Weddington argued against the Texas statute twice, in both 1971 and 1972 before the Court made their ruling.

Against a set dominated by the columns of the Supreme Court, the story opens with the nine members of the Supreme Court sitting in a row at the rear of the stage.  Almost immediately they vanish, however, to be replaced by Sarah Weddington, who began to tell her story, only to be interrupted by Norma, who had a very different perspective on almost everything.  That pattern of interruption continued throughout the play. 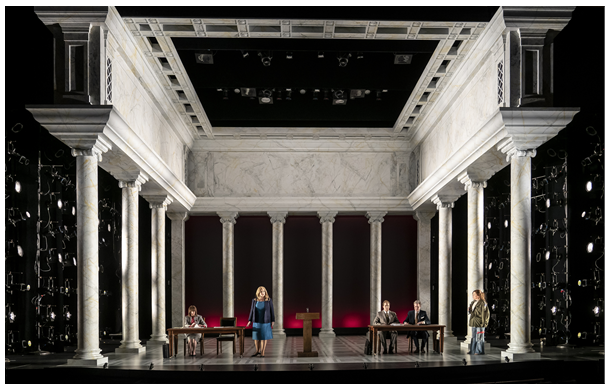 A minister’s daughter, Sarah’s life was on the fast track to success.  She graduated from high school two years early, graduated from McMurray University with a degree in English, then went on to the University of Texas Law School.  When she got pregnant in her third year of law school, she went to Mexico for an abortion.  What was simple for her was nearly impossible for most women.

Over the course of the play, we learned that Sarah was elected to the Texas House of Representatives, that she was a professor at the University of Texas-Austin, that she was an assistant to President Jimmy Carter, and that she wrote a book.  Above all, she always argued for women’s reproductive rights.

Norma, on the other hand was not on the fast track – at all.  Listening to her life story was like

listening to a bad soap opera.  With an absentee father and an alcoholic mother, she got in trouble with the law for the first time of many times when she was only ten.  She was sent to the State School for Girls when she was 11 and was in and out until the age of 15.  She said those were the happiest times of her life.

Norma claimed to have been raped, later admitting she lied.  She was in a lesbian relationship with Connie (Stephanie Diaz) for years, but dumped her when she came under the influence of Flip (Ryan Killey), an evangelical preacher and anti-abortion activist.  After she became a born-again Christian she actively worked with Project Rescue, part of the pro-life movement. 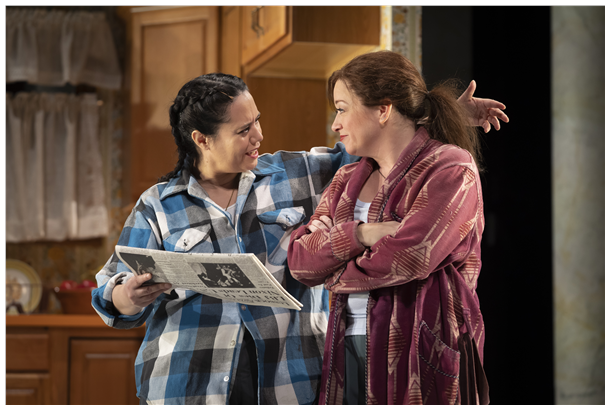 “Roe” runs through February 23rd in the Albert Theatre, Goodman Theatre, 170 N. Dearborn, Chicago.  Most reasonable parking option for the Goodman is the Government Center garage on Lake between LaSalle and Dearborn, online advance payment at www.interparkonline.com/goodmantheatre, $19. 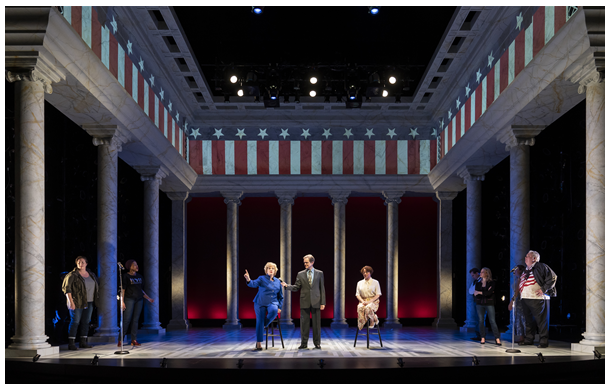