WHERE WE STAND begins June 16

What does community mean? And what do we owe to one another? Steppenwolf NOW proudly presents the final offering in its inaugural virtual season, Where We Stand, a bold feat of storytelling about community and accountability written, performed and composed by 2021 Whiting Award Winner Donnetta Lavinia Grays. Directed by Tamilla Woodard, this 70-minute filmed play begins streaming June 16, 2021. Access the work with purchase of a Steppenwolf NOW membership, which includes six dynamic productions all available to stream through August 31, 2021. Ticket details at steppenwolf.org/now. 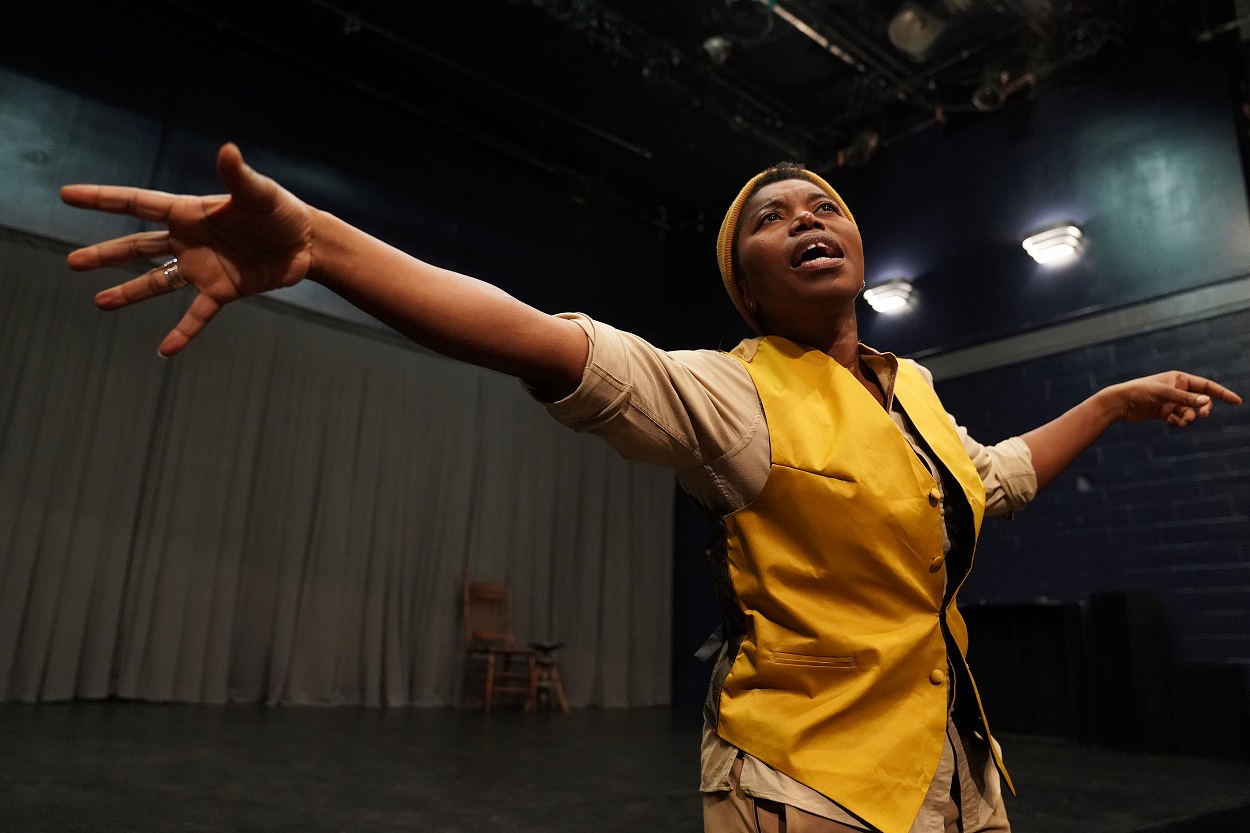 Donnetta Lavinia Grays in Where We Stand. Photo by Joan Marcus, courtesy of WP Theater.

Hailed as a “charismatic feat” (New York Magazine) with “enchanting lyrics and flourishes of humor” (The New York Times), Where We Stand was originally commissioned for the Public Theatre’s Mobile Unit and later received its world premiere Off Broadway at WP Theater in 2020 to critical acclaim. This filmed play captures a performance originally presented at Baltimore Center Stage co-produced with WP Theater.

When a man who has been shunned by his town makes a deal on behalf of it with a mysterious stranger, he must stand before his community to ask for forgiveness in the hopes that they might answer these enduring questions as they determine his fate. Through poetic verse and music, Where We Stand challenges our capacity to forgive and our ideas of mercy and who might deserve it.

Following the virtual production of Where We Stand, viewers are invited to take a stance and cast their vote to either punish this man for the crimes he has committed by sending him back to the outskirts of town and, in exchange, make our wealth a reality; or absolve this man of his crimes and keep him here among us, knowing that we will be left with this destruction and must rebuild on our own from nothing.

“It’s town hall, it’s theater, it’s civic dialogue all in one place. We’re going to get to grapple with a story and a decision together. There’s no right and there’s no wrong. There’s only the value of having the conversation,” shares director Tamilla Woodard.

Where We Stand is the final of six productions in Steppenwolf NOW’s first virtual season. Get access to all six productions with the purchase of a virtual membership for only $75. Discounts available for essential workers, artists, students and teachers. Streaming through August 31, 2021. Find more information at steppenwolf.org/now.

Recently Released!
I Am Not Your Perfect Mexican Daughter Audio Adaptation 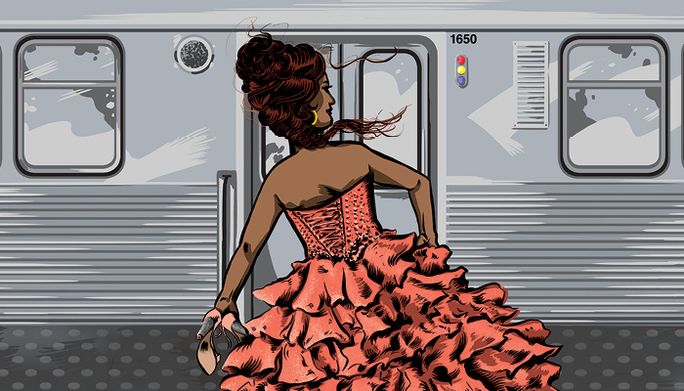 In May 2021, Steppenwolf NOW released its fifth production in the virtual lineup, a stunning audio adaptation of I Am Not Your Perfect Mexican Daughter, based on the novel by Erika L. Sánchez adapted from the stage play by Isaac Gómez and co-directed by ensemble members Sandra Marquez and Audrey Francis. Featuring ensemble member Karen Rodriguez, the production runs 110 minutes and is available for members to stream now through August 31, 2021.

Adapted from the New York Times best-selling novel, I Am Not Your Perfect Mexican Daughter is a Chicago story about family, community and coming together even when that feels impossible. Julia, a Chicago high school student, navigates the trials and tribulations of following her dreams of becoming a writer alongside the death of her sister, Olga—who might not have been quite as perfect as she seemed. This story is a timeless reminder that no matter one’s country of origin, no matter what language one speaks or what status one occupies, we all have dreams.

Learn more about all six productions in the Steppenwolf NOW virtual lineup at steppenwolf.org/now or by calling Audience Services at 312-335-1650.

In September 2021, Steppenwolf builds on the global reach and acclaim of its virtual stage (currently streaming in all 50 states and more than 20 countries) with a lineup of NEW virtual works by ensemble members Tina Landau, Tracy Letts and Tarell Alvin McCraney. These pieces create the opening landscape of the 2021/22 Comeback Season and will be available via single tickets (or as a discounted bundle), serving as a bridge in the lead-up to a safe return to live theater and packed houses. For more information, call Audience Services at 312-335-1650 or visit steppenwolf.org.

Steppenwolf Theatre Company is a Chicago theater that is home to America’s ensemble. The company began performing in the mid-1970s in the basement of a Highland Park, IL church—today Steppenwolf is the nation’s premier ensemble theater with more than 50 members who are among the top actors, playwrights and directors in the field. Groundbreaking productions from Balm in Gilead and August: Osage County to Downstate and Pass Over—and accolades that include the National Medal of Arts and 12 Tony® Awards—have made the theatre legendary. Artistic programming includes a main stage season, a Steppenwolf for Young Adults season, LookOut, a multi-genre performances series and Steppenwolf NOW, a new virtual programming stream. The nationally recognized work of Steppenwolf Education engages more than 20,000 participants annually in Chicagoland communities promoting compassion, encouraging curiosity and inspiring action. Deeply rooted in its ensemble ethos, the company is committed to equity, diversity, inclusion and making the Steppenwolf experience accessible to all. While firmly grounded in the Chicago community, more than 40 original Steppenwolf productions have enjoyed success nationally and internationally, including Broadway, Off-Broadway, London, Sydney, Galway and Dublin. Anna D. Shapiro is the Artistic Director and E. Brooke Flanagan is the Executive Director. Eric Lefkofsky is Chair of Steppenwolf’s Board of Trustees.