Work, Fight, Give: Fighting from the Homefront focuses on those who gave their artistic talents to design posters that were aimed at the hearts of Americans. They were intended to persuade citizens to donate their time, resources and money towards war relief efforts that would aid soldiers fighting overseas and countries left broken and devastated after the war. 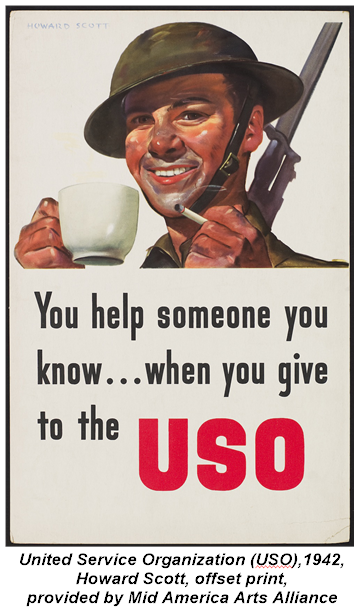 Many American artists and illustrators designed these propaganda posters, which often displayed historical and cultural symbols representing various countries and cultures.  Among the contributing artists who were employed by various war relief agencies were American Gothic painter Grant Wood, illustrator Arthur Szyk, comic artist James Montgomery Flagg and Martha Ward. The exhibit provides information on the artists who created these posters, along with agency leaders, movie stars, celebrities and volunteers, all of whom helped to make these designs a reality. 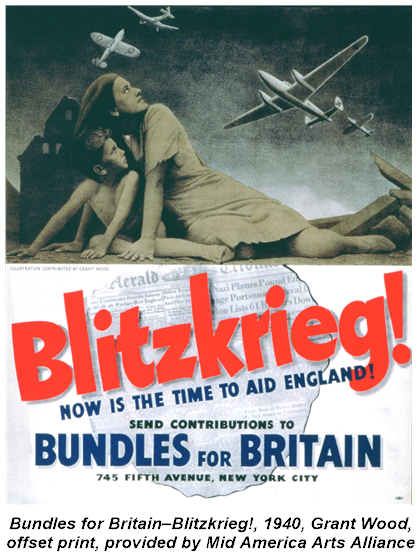 Work, Fight, Give: Fighting from the Homefront is comprised of posters and memorabilia from Exhibits USA, a program of Mid-America Arts Alliance, and the Detroit Historical Society in Detroit, Michigan.

Alongside Work, Fight, Give, South Shore Arts is also exhibiting 120 of the 225 posters created by Minneapolis-based artist Piotr Szyhalski during the Covid-19 pandemic from March to November, 2020. Szyhalski’s COVID-19: Labor Camp Reports project is the artist’s response to the pandemic and the political climate surrounding the last several months. 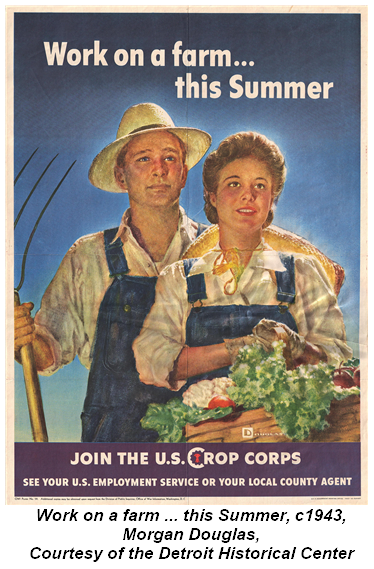 The installation of Szyhalski’s posters anchors the center of the gallery, while the World War II posters surround the perimeter. By exhibiting these two bodies of work in the same space, South Shore Arts is asking the viewer to consider the connections between the past and present, especially as they relate to messaging and public persuasion through artistic means. 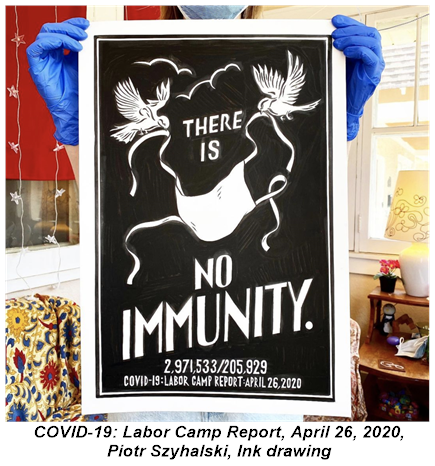 Along with the two poster exhibitions, Indiana University Northwest School of the Arts has provided several mobile units from their Arts + Action Community Lab. These units have been programmed with informational content that augments the poster exhibit and adds historical dimension to a complicated narrative of life in the United States during World War II.

The exhibit is free and open to the public.  Gallery hours are 10am-3pm Monday thru Saturday.  For more information about current and upcoming exhibits, visit South Shore Arts website at www.Southshoreartsonline.org.